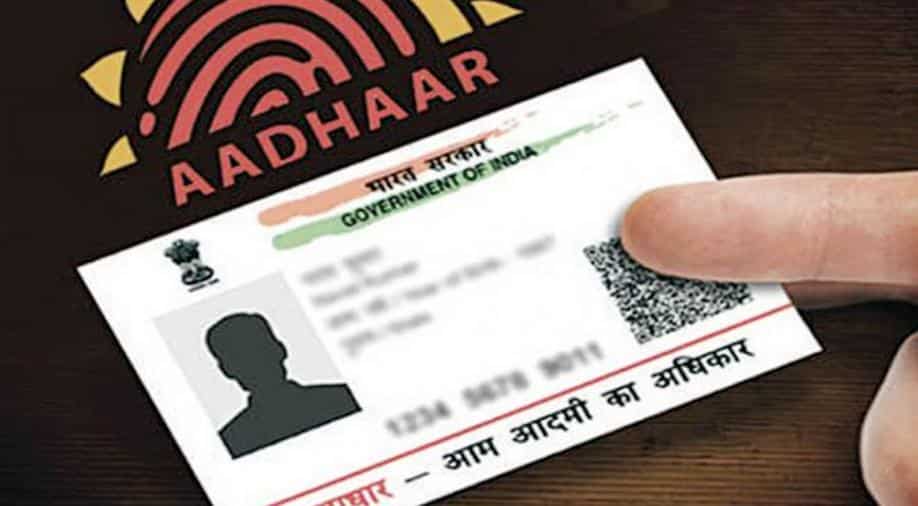 The move comes in the wake of a Supreme Court order declaring the Aadhaar scheme as constitutionally valid.

Aadhaar is not mandatory to avail benefits for the first time under the recently-launched Ayushman Bharat- Pradhan Mantri Jan Arogya Yojana (AB-PMJAY) but will be compulsory for those seeking treatment under the scheme for the second time, according to a top official.

In case the Aadhaar number is not available, beneficiaries have to at least provide documents to prove that they have enrolled for the 12-digit unique identity number, said Indu Bhushan, CEO of the National Health Agency, responsible for implementing the PMJAY.

The move comes in the wake of a Supreme Court order declaring the Aadhaar scheme as constitutionally valid.

"We are studying the Supreme Court order. Aadhaar number or at least documents to prove that one has enrolled for the 12-digit unique identity number will be mandatory to seek treatment under the scheme for the second time.

"To avail benefits for the first time, one can either show an Aadhaar or any other identity document like election card etc," Bhushan said.

The Ayushman Bharat-National Health Protection Mission (AB-NHPM), which was renamed as AB-PMJAY, was launched pan-India by the Prime Minister from Jharkhand on September 23.

Since its rollout over 47,000 people have already availed the benefits of the scheme, which has been touted as the world's largest health insurance programme while over 92,000 have been given Gold cards, Deputy CEO of NHA, Dinesh Arora said.

Under the scheme, the government aims at providing a coverage of Rs. 5 lakh per family annually, benefiting more than 10.74 crore poor families for secondary and tertiary care hospitalisation through a network of Empanelled Health Care Providers (EHCP).

The PMJAY will provide cashless and paperless access to services for the beneficiary at the point of service.

The scheme will target poor, deprived rural families and has identified occupational category of urban workers' families, 8.03 crore in rural and 2.33 crore in urban areas, as per the latest Socio-Economic Caste Census (SECC) data.

It will cover around 50 crore people and there is no cap on family size and age in the scheme ensuring that nobody is left out.

Arora further said that 98 per cent of beneficiaries have already been identified.

Over 14,000 hospitals both public and private, have been empanelled for the scheme, and as many as 32 states and union territories have signed MoUs with the Centre and will implement the programme.

Telangana, Odisha, Delhi and Kerala are not among states which have opted for the scheme.