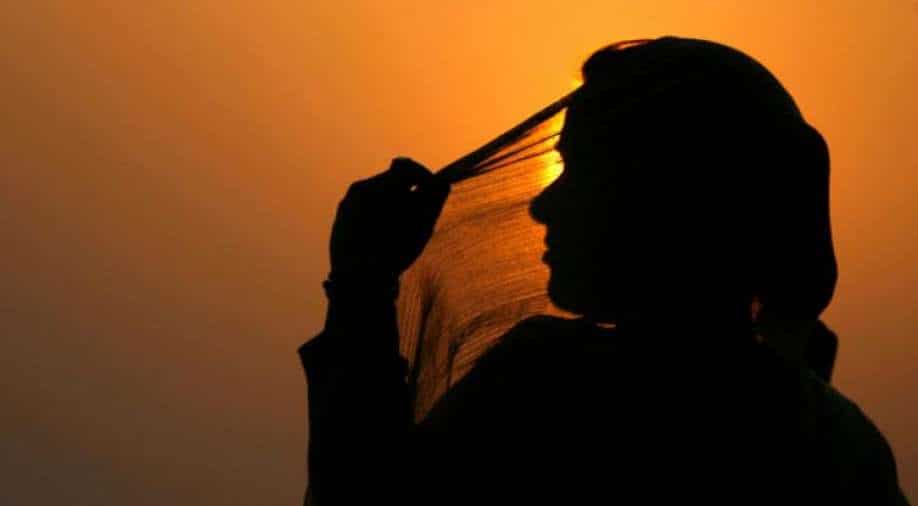 File photo: A woman adjusts her scarf as the sun sets over Kashmir's Dal Lake in Srinagar July 18, 2010. Photograph:( Reuters )

The study, published in the journal Economia Politica, indicated a decline in household food expenditures and women`s dietary diversity in May 2020 compared to May 2019.

Nine out of 10 women in India had less food, impacting their nutrition levels, during the 2020 nationwide lockdown imposed in response to the COVID-19 pandemic, according to a new study.

Researchers from the Tata-Cornell Institute for Agriculture and Nutrition, analysed surveys of food expenditures, dietary diversity and other nutrition indicators at the national, state and district levels in the states of Uttar Pradesh, Bihar and Odisha.

Nearly 90 per cent of survey respondents reported having less food, while 95 per cent said they consumed fewer types of food.

Most concerningly, the drop was due to decreased consumption of foods like meats, eggs, vegetables and fruits, which are rich in micronutrients that are crucial to good health and development.

The study, published in the journal Economia Politica, indicated a decline in household food expenditures and women`s dietary diversity in May 2020 compared to May 2019.

"Women`s diets were lacking in diverse foods even before the pandemic, but COVID-19 has further exacerbated the situation," said Soumya Gupta, a research economist at TCI.

"Any policies addressing the impact of the pandemic on nutritional outcomes must do so through a gendered lens that reflects the specific, and often persistent, vulnerabilities faced by women," she added.

The national lockdown to slow down the spread of Covid was in force from March 24 to May 30, 2020.

The surveys also suggest a decrease in the quantity and quality of nutritious foods consumed by women during the pandemic. For example, some women said that during the lockdown they halved the amount of dal, or red lentils, that they prepared, or that they prepared thinner dals.

The unequal burden on women was also caused in part due to the closure of India`s aanganwadi centers during the lockdown, affecting 72 per cent of households, the researchers said.

The centers, which provide take-home rations and hot cooked meals to nursing and expecting mothers, are an important source of nutrition for women and children.

"Due to the spillover effects of maternal malnutrition, that risk poses a threat not only to women`s productivity and well-being, but also that of their children," Gupta noted.