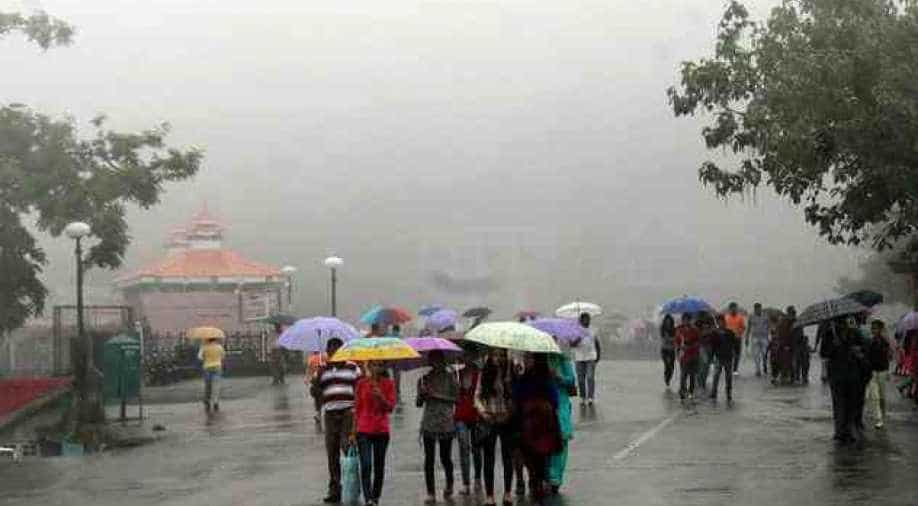 Three persons were killed in Mandi district in landslide incidents, while a boy was washed away in the swollen Kaushalya river near Parwanoo in Solan district.

According to reports five persons were buried under a landslide near Chakla village in Kandaghat in Solan district. One of them reportedly died. Rescue work is still on.

Several roads across Himachal Pradesh have been closed as heavy rains have triggered landslides in some areas.

District officials said Rispa bridge in Kinnaur was washed away due to heavy rains. The district administration is trying to restore movement by setting up a span bridge.

In view of the alarming situation of the silt in the reservoir after heavy rain caused huge inflow in Beas River, Bhakra Beas Management Board (BBMB) authorities are releasing water from Pandoh Dam in Mandhi district since 9 am, offiicials said.

A warning has been issued for tourists and people residing in low-lying areas not to go near the Beas River as water is being released from the Pandoh Dam.

BBMB authorities have informed the district administration that the outflow would increase gradually and the release of water from the dam would continue till 3 pm tomorrow, he said, adding tourists and the people residing in low-lying areas have been warned not to go near the river.

The district administration is keeping a close watch on the situation, he added.

The MeT department has warned that heavy to very heavy rainfall may continue till tomorrow.

As per data provided by the Meteorological Centre, Shimla, 239 mm rain was recorded in Paonta Sahib followed by 238 mm in Sujanpur Tihra,.