Triangular contest in Delhi as it goes to polls on Sunday 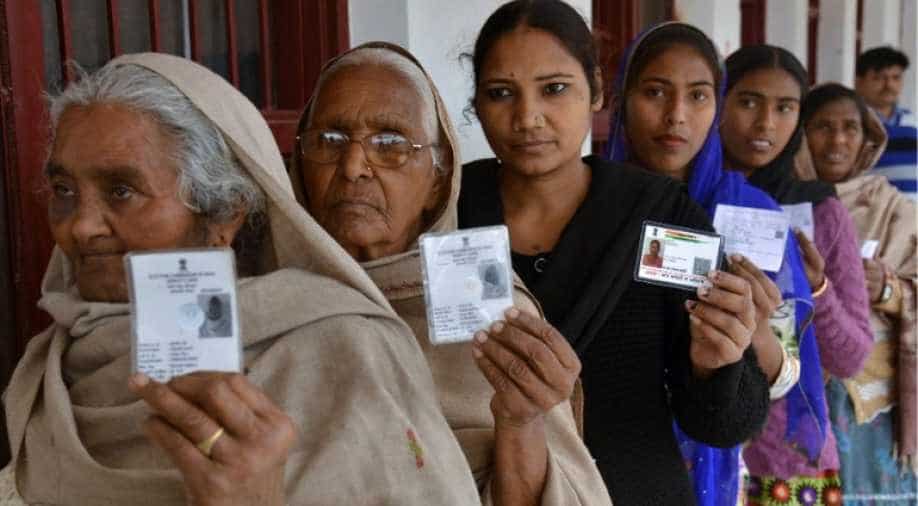 The lead up to the polls has not been without drama, with allegations and counter-allegations flying, and it had all the trappings of a soap opera that could give the daily shows a run for their money.

The stage is set as the national capital goes to Lok Sabha polls on Sunday where the incumbent BJP, Delhi's ruling AAP and the Congress are locked in a fight on all seven seats.

The Congress is looking to bounce back after ending up at the third spot in the 2014 elections.

The lead up to the polls has not been without drama, with allegations and counter-allegations flying, and it had all the trappings of a soap opera that could give the daily shows a run for their money.

The high-octane poll campaigning in the national capital ended on Friday but not before it saw a plethora of stars descending here to campaign for their respective parties.

If Hema Malini and Sunny Deol provided the Bollywood quotient to the saffron party's campaign, Raj Babbar and Nagma added the star quotient to the Congress. Prakash Raj, Swara Bhaskar and Gul Panag campaigned for the AAP.

From Chief Minister Arvind Kejriwal being slapped to AAP's East Delhi candidate Atishi breaking down at a press conference over "derogatory pamphlets" to BJP's Udit Raj leaving the party and joining the Congress after being denied a ticket from northwest Delhi, the last two months been quite eventful and have kept everyone on their toes.

The seven seats will see 164 candidates battling it out of which 18 are women. Prominent among them are former chief minister Sheila Dikshit from northeast Delhi, BJP's incumbent MP Meenakshi Lekhi, who is contesting from New Delhi, and Atishi.

BJP's incumbent MP Manoj Tiwari is up against Dikshit for the Northeast Delhi seat and has already said that her entry has made the poll contest "one of the most interesting in the country". AAP's Dilip Pandey is also in the fray from the seat.

The 48 hour-period from 6 pm Friday to 6 pm Sunday, known as the silence period, will also be observed as 'dry day'.

As many as 523 polling locations have been identified as critical and 60,000 personnel, including those of the Delhi Police, Home Guards and paramilitary, will be on their toes to ensure that there is no untoward incident.

The campaign got off to a slow start as alliance talks between the AAP and the Congress lingered on till the last days of nomination, but it gained momentum over the last fortnight with senior leaders drawing huge crowds at mega rallies and road shows in the national capital.

From trying to strike a personal chord with voters in parks at six am to holding door-to-door campaigns till late night, the candidates literally sweated it out in the oppressive heat as mercury crossed the 40-degree Celsius mark.

While the BJP's campaign revolved around the party's high-pitched nationalism narrative and the popularity of Modi, the Congress kept him in the crosshairs and sought to hard sell its minimum income guarantee scheme, Nyay.

The AAP, on the other hand, focus on the demand for full statehood for Delhi.

Candidates also tried to out-manoeuvre each other before the poll body. AAP candidates Atishi and Raghav Chadha sought rejection of nomination papers of their BJP rivals Gautam Gambhir and Ramesh Bidhuri, respectively.

Poll officers were also hard-pressed as several violations of the Model Code of Conduct were reported.

In a security breach, Kejriwal was slapped by a man during a roadshow in Moti Nagar and allegations of horse trading flew thick and fast as two AAP MLAs, Anil Bajpai and Devinder Sehrawat, crossed over to the BJP.

The campaigning also saw South Delhi BJP MP Ramesh Bidhuri allegedly using a Hindi slur against Kejriwal. On a penultimate day, the AAP and the BJP sparred over a derogatory pamphlet that targeted Atishi.

The AAP alleged her rival Gautam Gambhir was behind it, a charge vehemently denied by him.

Nearly 270 FIRs and daily diary (DD) entries were registered against political parties and others here till date for violation of the poll code.