This election was like pilgrimage for me: PM Modi 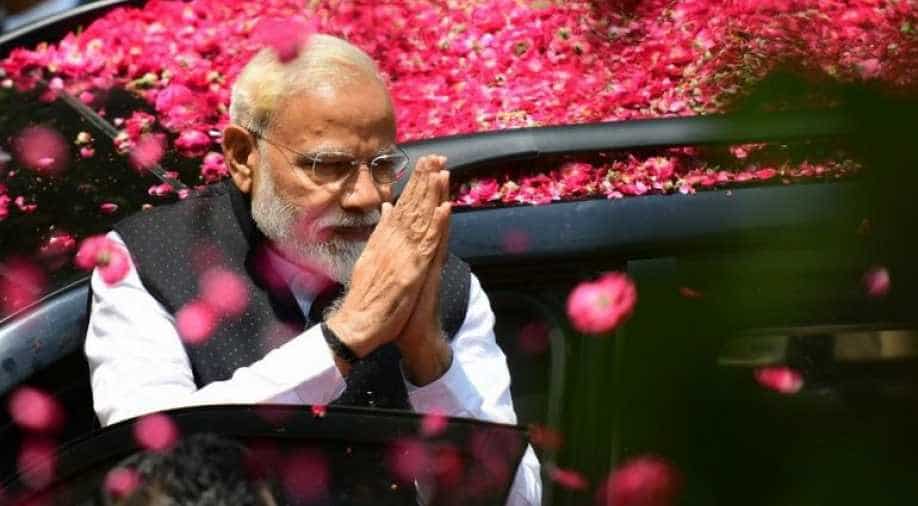 Prime Minister Modi on Tuesday had a meeting with the members of his Council of Ministers and congratulated them for successfully working as a team for the last five years.

Prime Minister Narendra Modi on Tuesday told his ministerial colleagues that this Lok Sabha election was like a pilgrimage for him, Union Minister Narendra Singh Tomar informed the media persons after the meeting.

"Terming the completion of the NDA government`s tenure as a successful experiment, PM Modi said the alliance should be further strengthened," Union Minister Tomar said further.

Prime Minister Modi on Tuesday had a meeting with the members of his Council of Ministers and congratulated them for successfully working as a team for the last five years.

The 2-hour long meeting was attended by all the ministers, who on their part congratulated Modi for the development works that the government did in the last five years under his leadership.

Fully confident to return to power, Union Minister and SAD leader Harsimrat Kaur said, "We are 110 per cent forming the next government. The opposition is staring at their defeat."

On the allegations about drawbacks in electronic voting machines (EVMs), Kaur said, "When they won the Assembly polls in three states, EVMs were good for them but when the exit polls have shown their defeat, they have started blaming EVMs."

Predicting more than 300 seats for BJP and 350 plus for the NDA, former Madhya Pradesh Chief Minister Shivraj Singh Chauhan said, "Scared of defeat, the opposition parties indulged in violence and bloodshed. They are not able to digest the defeat."