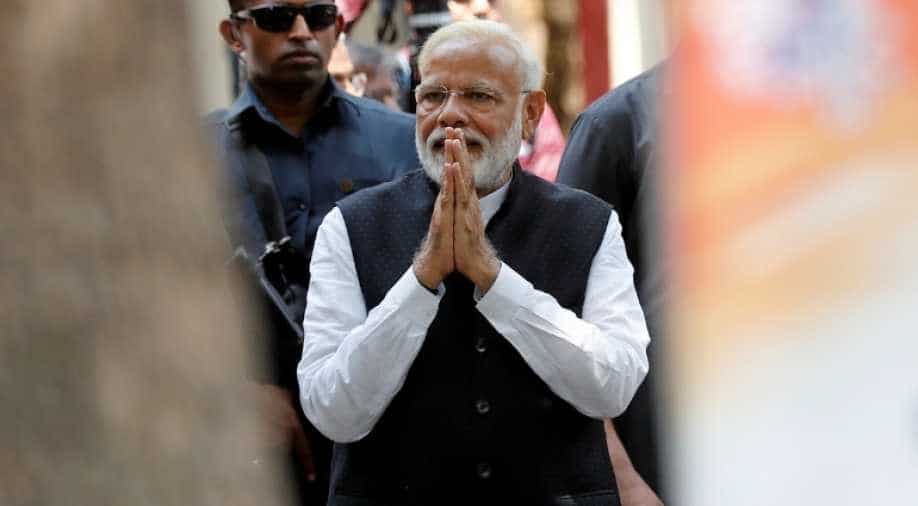 The voting will take place for 59 seats including Varanasi in Uttar Pradesh from where Modi is seeking re-election, bringing the curtain down on the seven-phased mammoth electoral exercise which began on April 10.

The fate of Prime Minister Narendra Modi along with 917 other candidates will be decided on Sunday, the last phase of seven-phased Lok Sabha polls.

The voting will take place for 59 seats including Varanasi in Uttar Pradesh from where Modi is seeking re-election, bringing the curtain down on the seven-phased mammoth electoral exercise which began on April 10.

In the last phase of polling, 13 seats each in Uttar Pradesh and Punjab, nine in West Bengal, eight seats each in Bihar and Madhya Pradesh, all four constituencies in Himachal Pradesh, three in Jharkhand and one seat in the Union Territory of Chandigarh will witness the polling.

According to Election Commission of India (ECI), over 10.01 lakh voters will decide the fate of 918 candidates. The counting of votes will take place on May 23.

The Election Commission (EC) is deploying 710 companies of security forces to ensure the last phase of Lok Sabha polling in West Bengal on Sunday goes off peacefully.

"710 companies of security personnel will be providing 100 per cent coverage during the seventh phase of elections in West Bengal. This will include 512 quick response teams (QRTs) led by assistant commandants," said the EC in a statement.

The national poll body on Wednesday decided to cut short the campaign period in the state after violence marred the road show of BJP chief Amit Shah in Kolkata on Tuesday.

BJP and Communist Party of India (Marxist) had complained to the EC over violence and had demanded adequate measures to ensure that polls are held in a free and fair manner.

In the sixth phase of polling on May 12, over 63 per cent polling was recorded, with the highest turnout of 80.35 per cent in West Bengal and a minimum of 59.74 per cent in the city-state of Delhi.

Barring stray incidents of violence in West Bengal, the election on 59 seats spread over eight states remained peaceful. The voting took place from 7 am to 6 pm.

"An estimated 63.43 per cent turnout was recorded on Sunday in the 6th phase of Lok Sabha polls on 59 seats," Deputy Election Commissioner Umesh Sinha had said after the polling finished.