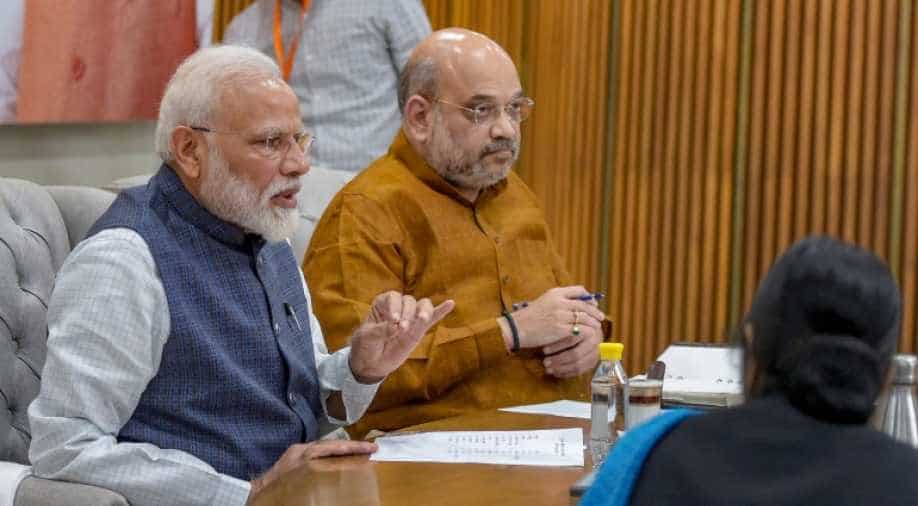 It is believed that Shah, who played a crucial role in the BJP's return to power with a sweeping majority, may join the government.

According to sources, both the leaders are believed to have discussed the shape of the government, which will be sworn in on Thursday, May 30 and the formation of the new council of ministers.

Speculations are rife on the future role of Shah inside and outside the BJP.

It is believed that Shah, who played a crucial role in the BJP's return to power with a sweeping majority, may join the government.

However, Shah himself has always evaded an answer to this, stating that he is not in the know of the matter.

According to sources, around 60 to 66 new ministers could be sworn-in on May 30. It will include some new faces and states like West Bengal, Telangana and Odisha, in which the party has done well, and are expected to have a good number in the council of ministers.

Sources also indicate that key members from the previous Cabinet such as Rajnath Singh, Nitin Gadkari, Nirmala Sitharaman, Ravi Shankar Prasad, Piyush Goyal and Narendra Singh Tomar are expected to be retained in the new government.

There are also high chances that a few previous ministers may be dropped this time due to their low performance.AIADMK, an ally of the NDA, which managed to get only one seat in the recently concluded Lok Sabha elections, is expected to get one ministerial berth.

Shiv Sena and JD(U) are expected to get two berths while one berth each will be there for LJP and SAD.