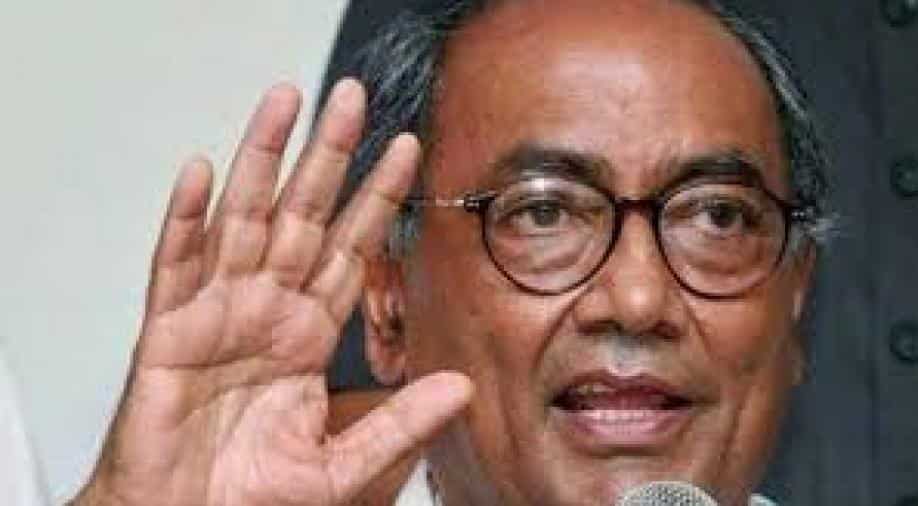 The Congress leader is facing Thakur, a 2008 Malegaon blast case accused, among other candidates.

Congress leader Digvijaya Singh on Sunday expressed regret over not being able to cast his ballot in Rajgarh district of Madhya Pradesh, reported news agency ANI.

Rajgarh is over 130 km away from state capital Bhopal where he is locked in a key contest with BJP candidate Pragya Singh Thakur.

"I regret that I could not reach Rajgarh to cast my ballot. Next time, I will ensure that my vote is registered in Bhopal," ANI reported quoting Singh.

Throughout the day, the Congress candidate from Bhopal visited various polling stations in the constituency to track the voting, sources said.

Digvijaya Singh, Congress Lok Sabha candidate from Bhopal: Yes I couldn't go to vote to Rajgarh and I regret it. Next time I will register my name in Bhopal. #LokSabhaElections2019 pic.twitter.com/ewlpgBncmg

Earlier in the day, he was seen outside a temple. When asked whether he will go to cast his vote, he replied, "I will see. I will try to reach."

The former Madhya Pradesh chief minister also urged people to exercise their franchise in large numbers. "Go in large numbers and cast your vote. Vote without fear," he said.

The Congress leader is facing Thakur, a 2008 Malegaon blast case accused, among other candidates.