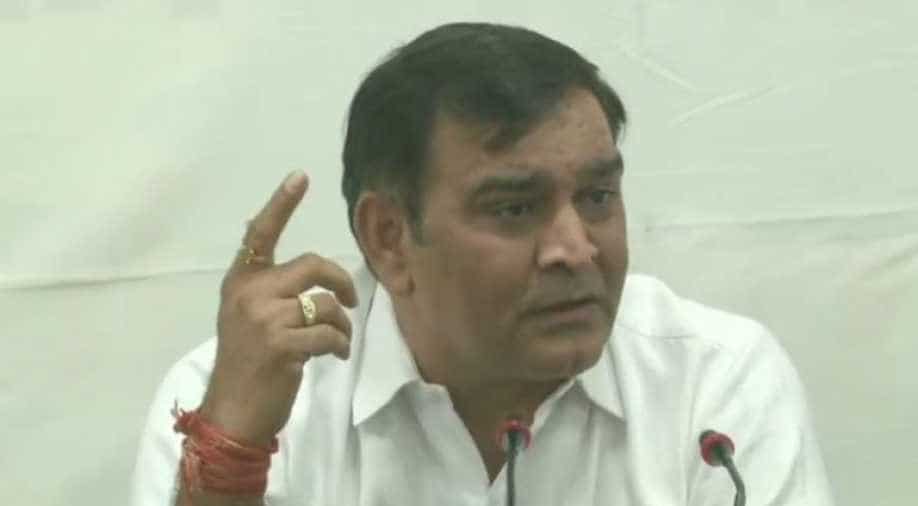 "I condemn the allegations. I have never discussed anything related to my candidature with my son," Aam Aadmi Party's (AAP) West Delhi candidate Balbir Singh Jakhar said on Saturday after his son Uday Jakhar levelled charges of "cash-for-ticket" against him.

"He stays at his maternal parents` home from the time of his birth and I divorced my wife in 2009. She stayed with me only for 6-7 months. His custody was granted to my wife after the divorce. I condemn the allegations. I have never discussed with my son anything about my candidature. I speak to him very rarely," Balbir told media persons, a day before New Delhi is slated to vote in the sixth phase of the Lok Sabha elections.

Balbir Singh Jakhar, AAP candidate from West Delhi: He stays at his maternal parents' home from the time of his birth and I divorced my wife in 2009. She stayed with me for only 6-7 months. His custody was granted to my wife after the divorce. https://t.co/hHbhXq0Gxr

"Six crore rupees were given to Arvind Kejriwal and Gopal Rai by my father in exchange of the West Delhi ticket. He joined politics in January and prior to that, he had no experience in the political arena. I have credible evidence that he gave 6 crores to fight from this ticket," Uday said.

Claiming that his father tried to bail out former Congress leader and 1984 anti-Sikh riots accused Sajjan Kumar, he said, "He refused to give me money for my education and said that he would use it for his political endeavours. He was ready to use that money to give bail to Yashpal Singh and Sajjan Kumar, accused and convicts in 1984 anti-Sikh riots. He was ready to fight a case for them. He personally told me this."

Delhi, where 7 Lok Sabha seats are at stake, will go to poll on May 12.