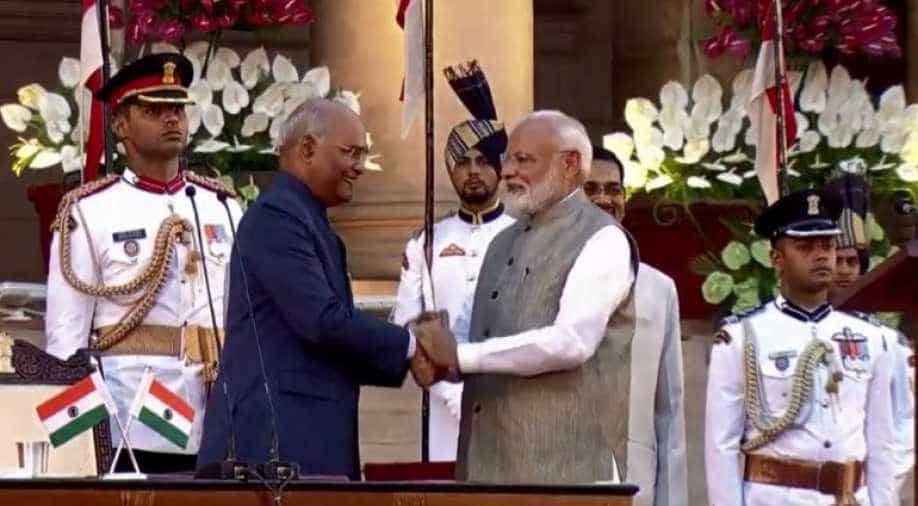 Narendra Modi shakes hands with President Ram Nath Kovind as he takes oath as the Prime Minister of India for the second time. Photograph:( Others )

In the 58-member ministry,  BJP chief Amit Shah made his debut at the Centre and former foreign secretary S Jaishankar emerged as a surprise pick.

While Jaitley's absence had become public on Wednesday as he opted out on health grounds, the absence of Sushma and Prabhu came as a surprise

A bigger surprise, however, was the inclusion of former foreign secretary S. Jaishankar into the cabinet.