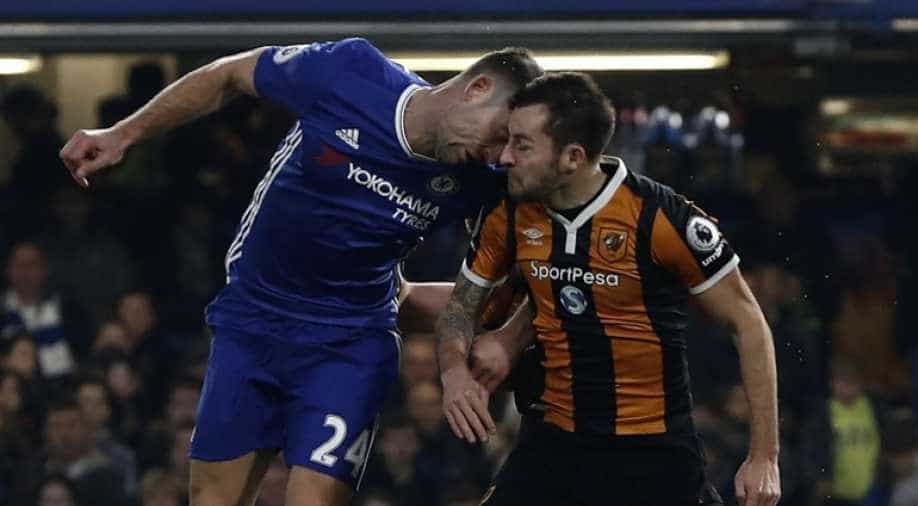 Mason (R) was admitted to St Mary's Hospital. His condition is stable and he will remain in the hospital for a few days, Hull City said. Photograph:( AFP )

Midfielder Mason suffered the head injury in a collision during Hull's 2-0 defeat and was rushed to hospital after being treated for 10 minutes on the field.

The 25-year-old collided with Chelsea's Gary Cahill in Hull's box after 14 minutes with both clubs' medical teams called to the scene after referee Neil Swarbrick stopped play.

"The club can confirm that Ryan Mason sustained a skull fracture in our fixture at Chelsea this afternoon," Hull City said in a statement.

"He was taken to St Mary's Hospital where he has undergone surgery."

"Ryan is in a stable condition and is expected to remain in hospital for the next few days."

"Everyone at the club would like to express their sincere thanks for the excellent and swift care given to Ryan by both the Accident and Emergency department and Neurosurgery Unit at St Mary's Hospital."

The club said they would issue a further update about Mason's condition on Monday.