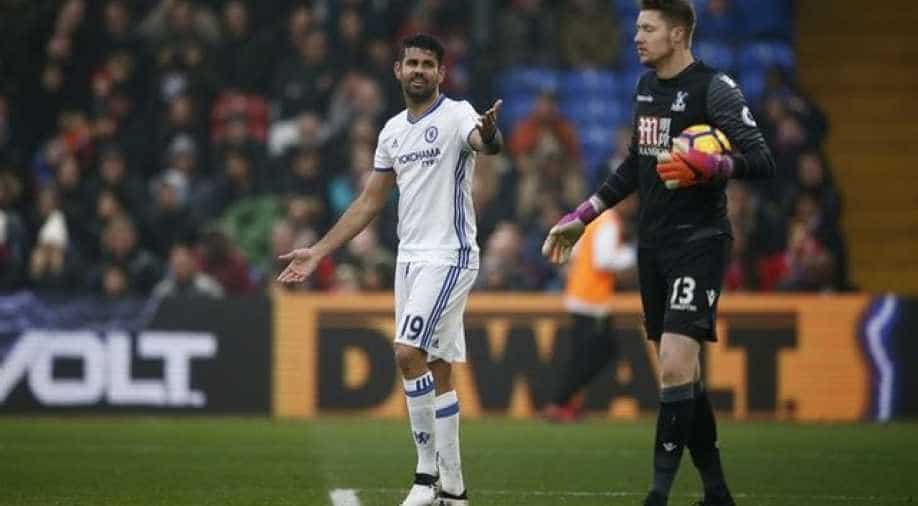 The Spain international climbed high to connect with Cesar Azpilicueta's cross in the 43rd minute, guiding a header beyond the reach of Wayne Hennessey at a foggy Selhurst Park.

It was Costa's 13th league goal of the season and took his Chelsea haul to 50 in all competitions.

Chelsea were well worth the win and had chances to extend the lead after the break with Marcos Alonso and N'Golo Kante forcing fine saves from Hennessey before Alonso struck the underside of the crossbar with a free kick.

Antonio Conte's side have 43 points from 17 games, nine more than Liverpool and Arsenal who are not in action on Saturday. Palace have won only once in their last 11 league games and remained three points above the bottom three.