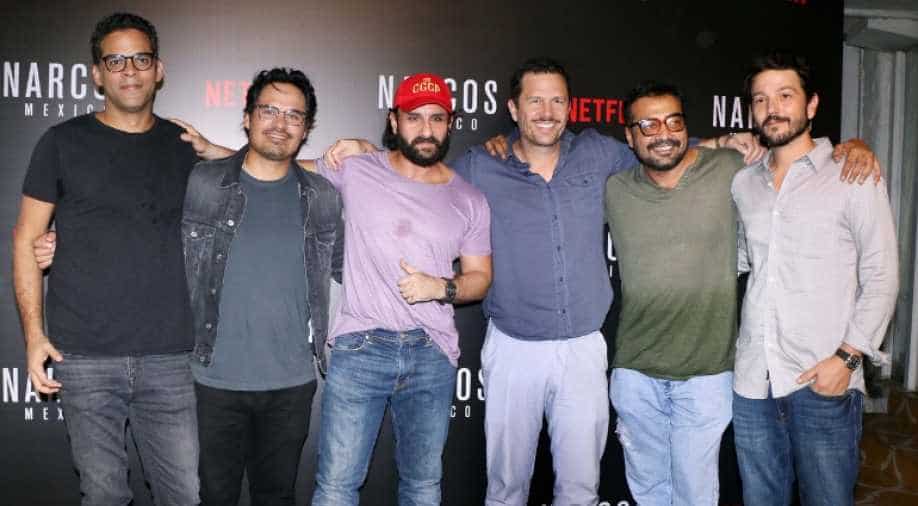 Cast of Sacred Games and Narcos pose together at an event in Mumbai. Photo by Yogen Shah Photograph:( WION Web Team )

The two shows have a huge fan following.

Two of the most popular shows on Netflix, Sacred Games and Narcos have been loved by the audience world over. On Sunday, Netflix India got the cast of the two films under the same roof.

Leading men of 'Sacred Games'- Saif Ali Khan and Nawazuddin Siddiqui posed with 'Narcos' men Diego Luna and Michael Pena who are in Mumbai to promote their show at See What’s Next Asia event.

Directors of the 'Sacred Games', Anurag Kashyap and Vikramaditya Motwane were also present at the special event organised by Netflix. Also present at the bash were Abhay Deol, Zoya Akhtar, Shakun Batra and Siddharth Roy Kapur.

Kashyap also shared photos of the meet on his Instagram page.

Amid the raging #MeToo controversy, speculations were rife that the season 2 of 'Sacred Games' would be scrapped off. But Netflix later confirmed that Motwane and Kashyap would be shooting for the series soon. A few days back, photos from the sets of the show also went viral on social media.

Earlier, Netflix brought stars like Will Smith and Brad Pitt to promote their films in the country.