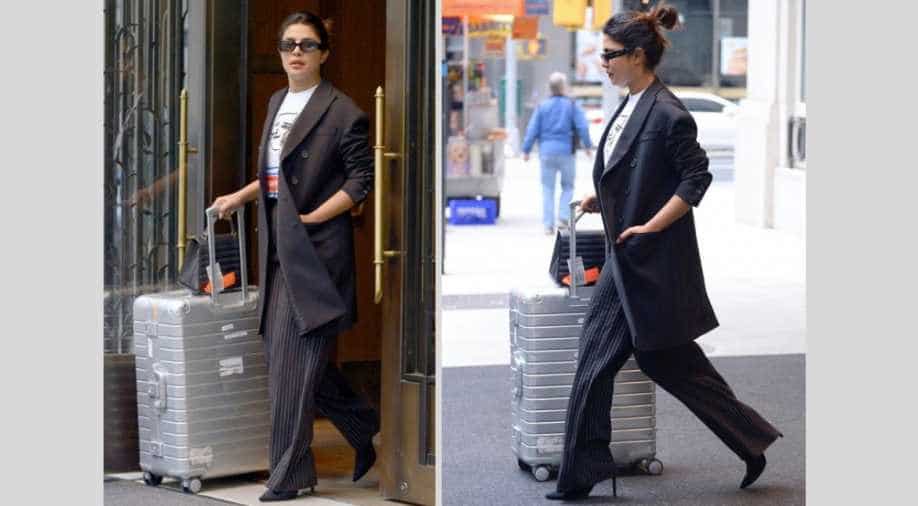 Priyanka Chopra on her way to Cannes. Photograph:( Instagram )

Priyanka was spotted exiting her New York apartment for her first ever Cannes appearance.

After leaving us talking about her Met Gala 2019 look as she came dressed in a silver ensemble with frizzy hair and bold makeup with a matching crown, Priyanka Chopra is now ready to own yet another red carpet -- Cannes 2019. This will be her first Cannes appearance even though her Bollywood contemporaries have been seen for a while now.

This was Priyanka's Met Gala look:

The desi star was seen leaving her New York apartment yesterday in formal attire as she was packed light with a suitcase.

Her stylist, Mimi Cuttrell also posted an update confirming that Priyanka will indeed be seen this year at Cannes.

Bollywood beauties like Aishwarya Rai Bachchan, Deepika Padukone, Sonam Kapoor have been seen at Cannes previously. This year we will also see Diana Penty and Hina Khan make their debut at the annual film festival. Mallika Sherawat and Huma Qureshi are said to attend too. Meanwhile, these are the films vying for top award at the film festival.