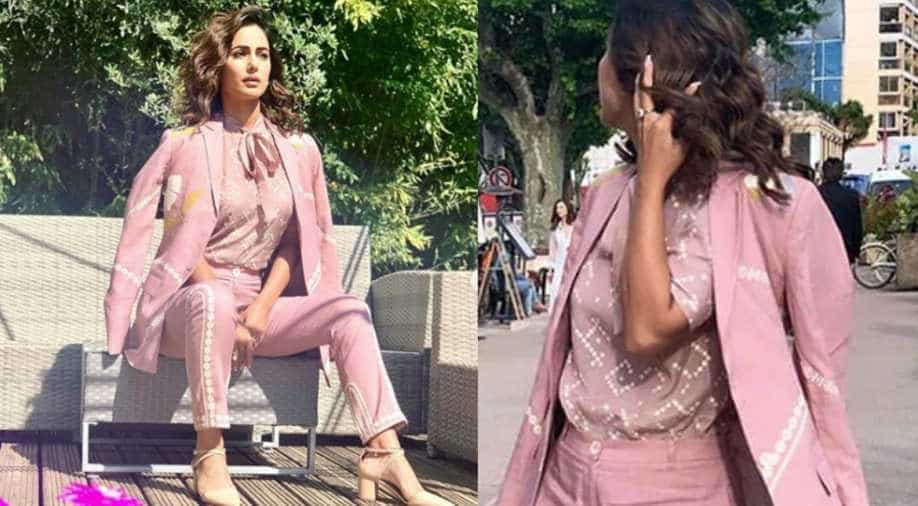 This will be Hina’s debut at the international film festival.

It’s that time of the year when celebs don their best attires and look their fashionable best for Cannes red carpet. This time along with Aishwarya Rai Bachchan, Deepika Padukone and Sonam Kapoor; we will have another Indian celebrity who will grace the red carpet -- TV actress Hina Khan.

This will be Hina’s debut at the film festival.

The actress was seen soaking up the sun and enjoying the festival’s vibes as she posted pictures and video on Instagram of her visit to the French Riviera. For an interview session, she opted for an all-pink look and paired the pantsuit with nude heels and subtle makeup.

She posted another video that gave a glimpse of her dresses that she will do a trial with.

Before heading to Cannes, she made a stopover in Paris. She posed with the Eiffel Tower in the backdrop in one pic and wrote, "Just Be... Restoring my energy... Before it begins."

#JustBe...Restoring my energy.. Before it begins 🙏

The Cannes Film Festival this year, scheduled from May 14-May 25, will also have Diana Penty making her red carpet debut.