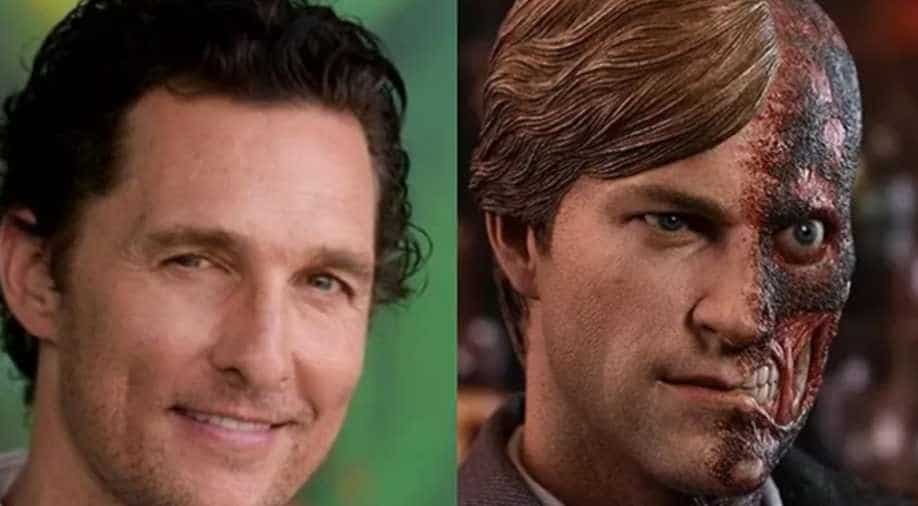 According to several media reports, the filmmakers are planning to stick to the character of District Attorney Harvey Dent in the first film.

Ever since Robert Pattinson was announced to play the iconic role of Batman in the next film on the comic superhero, there have been rumours of who else would be joining the cast.

Looks like we have a name as reports suggest that Oscar-winning actor Matthew McConaughey is likely to play the role of Harvey Dent (Two-Face as he is popularly referred to by the Batman aficionados) in the Warner Bros-DC comic flick, 'The Batman'.

According to several media reports, the filmmakers are planning to stick to the character of District Attorney Harvey Dent in the first film. If the film does well, there will be a sequel that will show him as notorious crime boss Two-Face.

Other reports also suggest that John David Washington could also be in the race for the part.

The studios are yet to confirm who will eventually be a part of the film.

As for others, Zoe Kravitz has been roped to play the role of Catwoman, the anti-heroine and sometimes love interest of the Batman. She will be playing the lead opposite Robert Pattinson.

‘The Batman’ is directed by Matt Reeves. As per reports, the film is likely to start filming in early 2020.