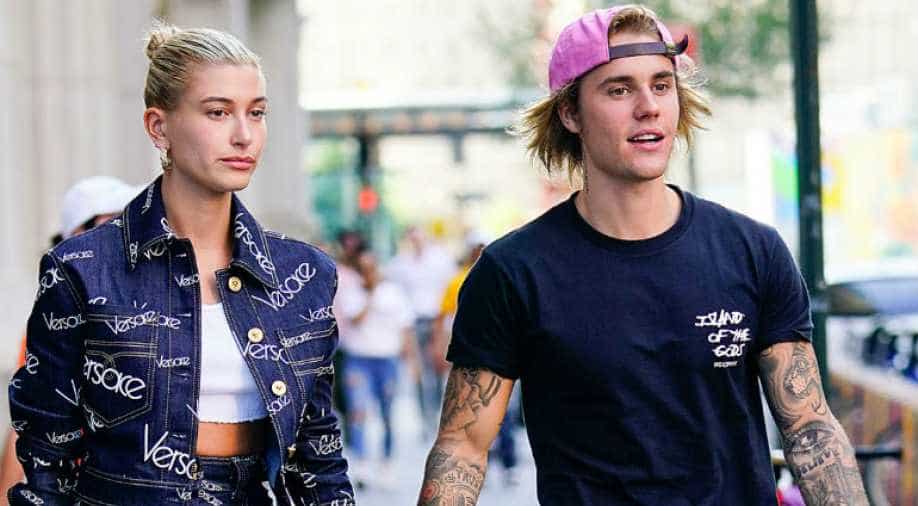 Bieber and Baldwin kicked off their wedding festivities with a cocktail party and rehearsal dinner, which took place on Sunday evening.

Singer-songwriter Justin Bieber and model Hailey Baldwin, who are all set to tie the knot for a second time, have kick-started their wedding festivities in South Carolina.

The `Sorry` singer, the 22-year-old model and several of their guests checked into the Montage Palmetto Bluff in Bluffton, South Carolina, a source told Us Weekly.

In a number of photos obtained by the Daily Mail, Bieber and Baldwin kicked off their wedding festivities with a cocktail party and rehearsal dinner, which took place on Sunday evening.

While the Grammy-winning singer looked casual in a white polo and black pants, the model turned heads in a white off-the-shoulder dress and Jimmy Choo heels. She rounded off her look with a bow in her hair, which matched the bows on the back of her stilettos.

Days before their second wedding, Bieber shared two throwback photos with Baldwin."My wife and I where it all began," the singer wrote alongside a photo of the pair as teenagers, which he shared on Friday.

My wife and I :) where it all began

Two days later, Bieber, who seems pretty excited about the upcoming nuptials, shared a second picture, which included his mother, Patti Mallette, and Hailey`s parents, Stephen and Kennya Baldwin."Me and the wife! and the in laws. Thanks for lettin ur daughter marry a savage like me," he wrote.

Hailey celebrated her bachelorette party with her friend Kendall Jenner on September 25."They were having a great time. Every time we saw Hailey, she was hysterical laughing. She looked like she was having the time of her life. She was glowing and looked amazing," an eyewitness at Ysabel restaurant in Los Angeles told Us Weekly.

Bieber and Hailey, who first met in 2009, sparked romance rumours in 2015. After calling it quits, Bieber reunited with his on-again, off-again girlfriend Selena Gomez. However, Gomez and Bieber split in March 2018.

Hailey and Justin reconciled their on-and-off relationship in May 2018. They walked down the aisle for the first time at a courthouse in New York City in September 2018. The couple`s first nuptials came three months after they got back together.