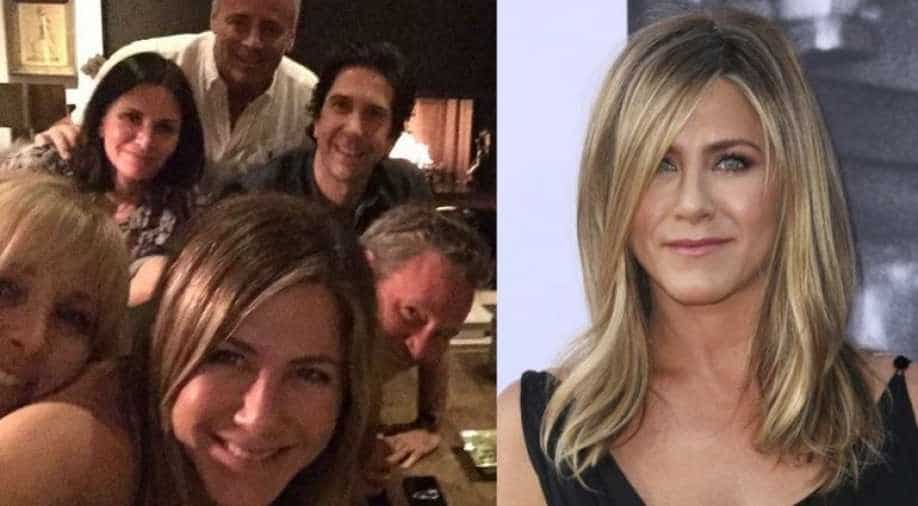 "And now we`re Instagram FRIENDS too. HI INSTAGRAM," Aniston wrote sharing her first picture on Tuesday which had Courtney Cox, Lisa Kudrow, Matt LeBlanc, David Schwimmer and Mathew Perry smiling along with Aniston for the photo.

Needless to say, the epic selfie left fans in a tizzy as everyone celebrated the unofficial reunion of 'Friends' cast. Also see: 'Friends' Turns 25: A Trip Down The Memory Lane With 25 Iconic Quotes From The Hit Show

Not just fans, even celebrities rejoiced with some of the leading actors from Hollywood, as well as Bollywood, cheering Aniston for her Instagram debut. The 50-year old was recently seen reuniting with Cox when the latter shared a picture of the two with LeBlanc."A rare night and I love it," she had written.

A rare night and I love it.

In just a while of making the account, Aniston raked in over 5 million followers. She has been a part of the tinsel town for over two decades now and now as her next outing, she is awaiting the release of a new web series `The Morning Show` which centers around a story of sexual misconduct. It is set to premiere on November 1.