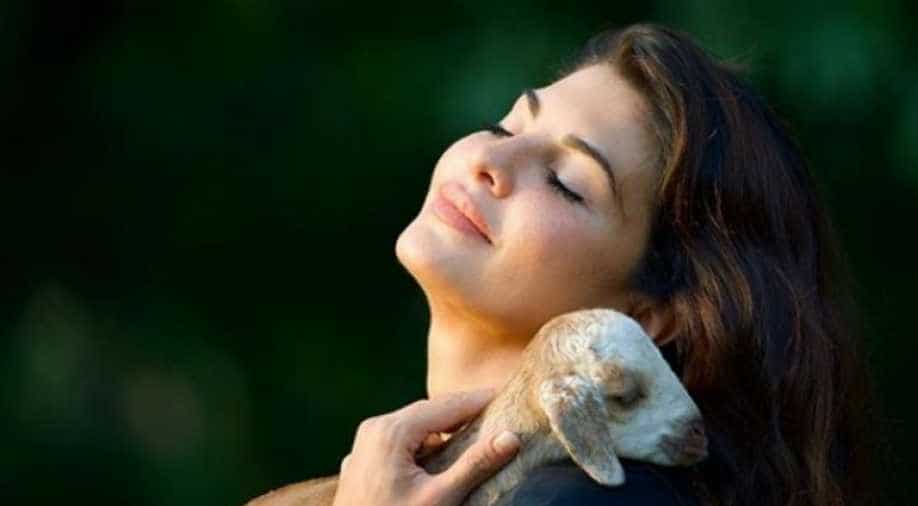 Bollywood actor  Jacqueline Fernandez on Thursday took to social media and shared some lovely pictures with her new 'friend', a tiny little goat.

Taking it to Instagram, the 34-year-old actor shared three picturesque photographs where she is seen striking a pose with the new friend.

The 'Kick' star introduced her new friend in the captions and wrote: "My friend Jenny!," followed by a heart emoticon.

Meanwhile, filmmaker  Farah Khan shared the good news with the actor that their movie 'Mrs. Serial Killer' is on the top on the streaming platform Netflix for the 7th day in a row.

"N congrats baby!! We r no.1 movie on Netflix 7th day in a row," Farah wrote in captions.

In April, the 'Race 3' actor shared the first look of her character from the Netflix film that premiered on May 1.

While sharing the character posters, she had explained that the role she played in the Netflix film 'Mrs. Serial Killer' is close to her heart and she also changed her Instagram profile name to Jackeline Fernandez.

Lately, the star was seen in a video shared by actor Salman Khan, who took up the 'Anna Daan' challenge, and has contributed largely to the people in need with ration supply.