In pictures: Dwayne Johnson gets married to Lauren Hashian in Hawaii 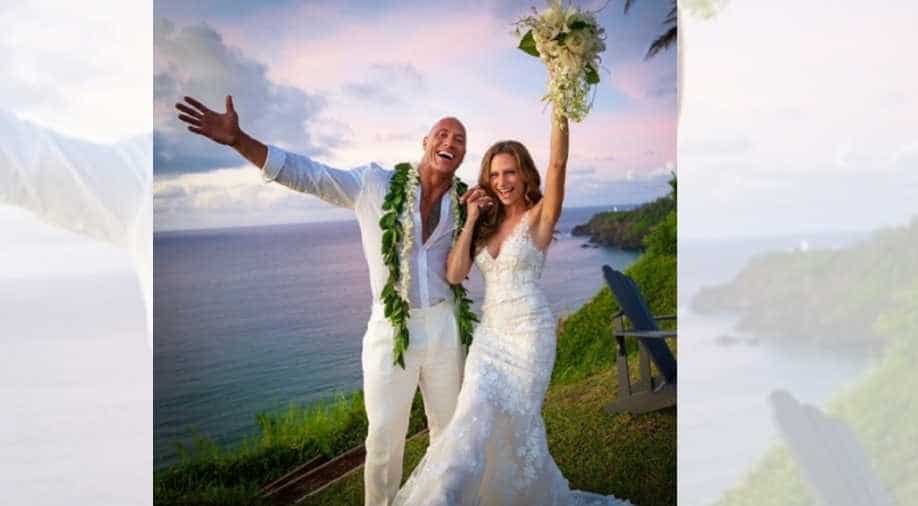 They are parents to two daughters Jasmine, 3, and Tia, 1.

Dwayne Johnson just got married to his longtime sweetheart Lauren Hashian and the pictures are proof that they had one hell of a ceremony.

The 47-year-old actor took to his Instagram to share stunning photos of his wedding as he introduced to the world his gorgeous bride in white. The Rock, as Dwayne is popularly known among his fans and peers was also twinning with her in white, As Lauren carried a bouquet of flowers, he had them around his neck as a garland.

The couple tied the knot in Hawaii.

They are parents to two daughters Jasmine, 3, and Tia, 1. Dwayne is also father to Simone, 18, whom he shares with his ex-wife, Dany Garcia. Johnson was married to Garcia from 1997 to 2007 and they remain good friends.