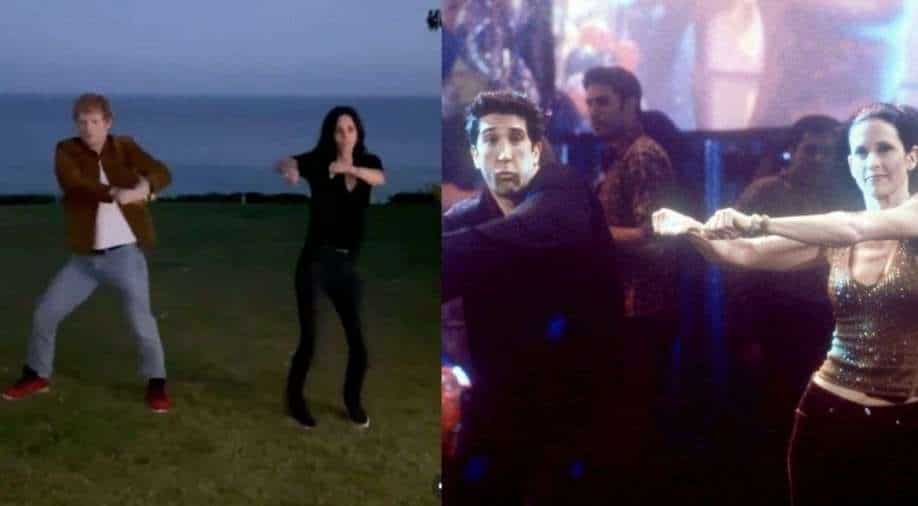 Missed the epic dance routine from ‘Friends’ by reel-life brother sister duo Ross and Monica and was expecting for it to make a return in the HBO Max reunion episode? We’ve got something better.

The routine finally happened as Courteney Cox and singer Ed Sheeran got together to do the iconic dance number. They performed the dance routine and posted a video on Sheeran’s Instagram. The post reads: “Had a reunion of our own this weekend #TheRoutine, #IKnow, #Friends4eva #ObviouslyBetterThanRoss.”

The epic dance routine had originally taken place in the episode ‘The One With The Routine’ of season six of ‘Friends’. It aired on December 16, 1999. In the episode, Ross and Monica are desperate to make it on the taping of Dick Clark’s New Year’s Rockin’ Eve and thus use their dance routine to impress people. They had learned the dance steps as children. 'Friends' reunion: China censors BTS, Lady Gaga and Justin Bieber's portions from the special

As for why it didn’t make it to the HBO Max reunion episode, director Ben Winston revealed that it had been pitched but the stars weren't too keen on enacting it in front of an audience. He said, “I did say [to David Schwimmer and Courteney Cox], ‘Would you ever consider doing ‘The Routine’?’ And both of them were like, ‘Oh, please don’t make us do that’.”