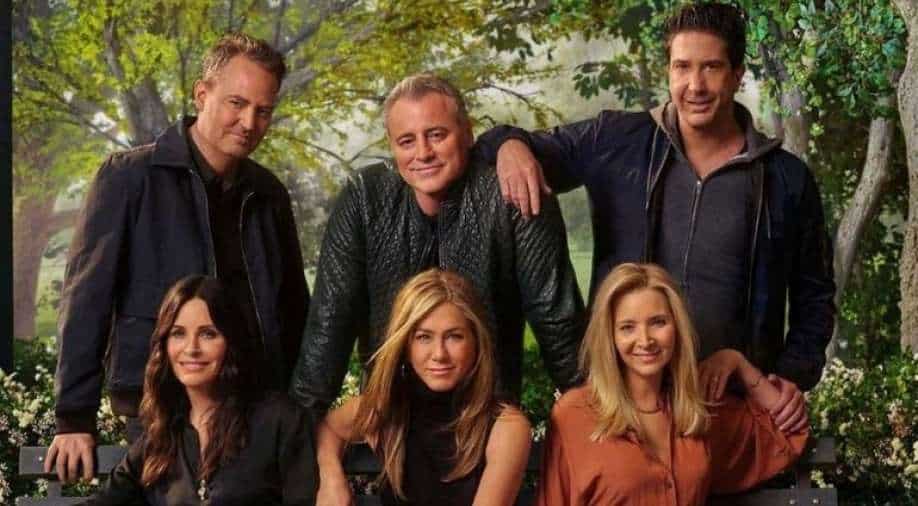 As 'Friends' fans in China tuned in on Thursday to watch the special reunion episode, they were in for a surprise. The country's top streaming platforms censored nearly six minutes of material from the special episode which included footage of Lady Gaga, BTS, Justin Bieber and even a few gay fans of the series speaking about how special the show was.

According to a report in Variety, the platforms also omitted a portion where Matt LeBlanc was seen wearing his underwear and references to pee in one of the episodes.

The American sitcom enjoys a huge fan following in the country. When the reunion was announced, much like fans in other parts of the world, many in China expressed their excitement on social media platforms ahead of the premiere of the episode.

Many, though, were left shocked to find that all three of the country's major streaming platforms- which had bought the rights to broadcast the show- iQiyi, Alibaba’s Youku and Tencent Video- had cut out portions that featured BTS, Lady Gaga and Justin Timberlake and some other portions of the show.

Musicians Lady Gaga, Justin Bieber and K-pop boyband BTS have been embroiled in controversy in China in the past.

In October 2020, BTS was slammed by Chinese nationalists for insulting their country when the band failed to mention the sacrifices of Chinese soldiers in the Korean War in an acceptance speech. The band spoke after receiving a prize that celebrated its contribution to building US-Korea relations. The award had no direct link to China.

'Friends' reunion: Cast reveals their will be no public reunion again

Gaga, meanwhile, has been a persona non grata in China ever since she met the Dalai Lama in 2016. Beijing accuses the Nobel Peace Prize laureate of being a dangerous separatist.

Bieber irked China back in 2014 for photographing himself visiting Tokyo’s controversial Yasukuni war shrine, a site that honours Japanese World War II war criminals alongside other casualties of war.

In 2017, the Beijing Municipal Bureau of Culture formally banned him from performing in the country, citing “a series of bad behaviors” both on- and off-stage.

The three musicians featured in the reunion special on Thursday. Lady Gaga sang with Lisa Kudrow the iconic song 'Smelly Cat'. Only Kudrow's portion was kept by the Chinese platforms and Gaga's bit was completely omitted.

BTS spoke about the influence the show has on all of them, with RM mentioning how it helped him in learning English. The entire portion was omitted.

So was Bieber's walk on the ramp dressed as 'Spudnik' - a costume from the show.

The streaming platforms also omitted portions from the fan segment that features members of the LGBTQ community. One fan from Germany said how the show helped him when he was lonely.

"I was a gay man who wanted to have hair like Jennifer Aniston, so you can imagine how lonely I sometimes felt," he says. The portion was omitted by all three platforms.

Youku also deleted a subsequent scene in which a woman pulls her girlfriend on camera. “Like every Chandler, I found my Monica,” she says.

The platform also cut shots where in one blooper reel Matt LeBlanc, who played Joey on the show, is seen wearing an underwear with David Schwimmer's photo taped in the front.

iQiyi and Tencent both censored a popular scene where Joey and Chandler recount how they peed on Monica to overcome a severe jellyfish sting as the other friends gasp in horror.