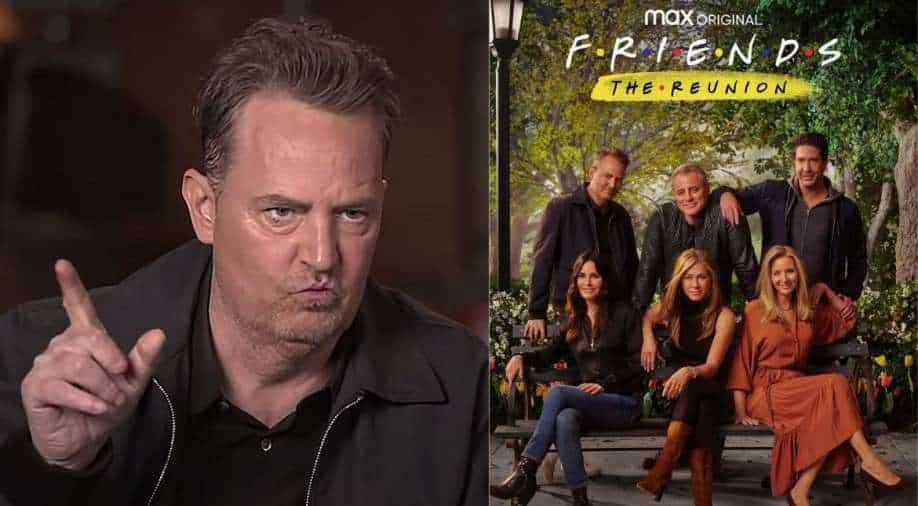 Over the years, Matthew shared his drinking and doing drugs during his 'Friends' days and how he went to rehabs

'Friends: Reunion' saw the cast back to the set 17 years after the iconic sitcom ended. After the reunion was aired, several fans showed concern for their beloved Chandler Bing aka Matthew Perry's health as his voice seemed slurred and he looked one of the oldest among the six.

The fans voiced their concerns about his health as he previously discussed his battle with alcoholism and drug abuse, admitting he didn't 'remember three years of filming 'Friends' at all.

'Friends' reunion: Matthew Perry admits he would 'sweat and shake' if his jokes did not make the audience laugh

"I talked to (Matthew). It was great seeing him again,” Kevin shared with The Hollywood Reporter. “And what people say is what people say. I don’t have any to say about that, except it was great to see him. And I think he’s very funny on the show. But yes, I think he’s OK. He seems stronger and better since the last time I saw him, and excited about going forward.”

During the reunion episode, the actor revealed to his other castmates that how he hated filming in front of a studio audience. The actor admitted that he felt like he was 'going to die if they (the audience) didn`t laugh`.

"I felt like I was going to die if they didn`t laugh...I would sweat and shake," said Perry as he described his experience of performing in front of the live audience. To which Lisa Kudrow and Jennifer Aniston noted that how he had never mentioned this before to them.

Over the years, Matthew shared his drinking and doing drugs during his 'Friends' days and how he went to rehabs, “I had this odd rule that I would never drink on a set,” Matthew explained. “I went to work in extreme cases of hangovers. It’s so horrible to feel that way and have to work and be funny on top of that.”