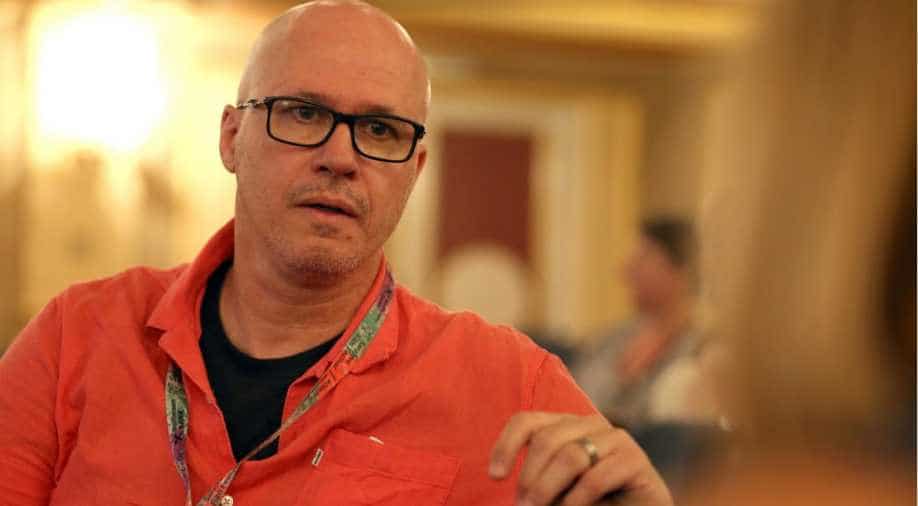 "I am in the business of imagination - I can perfectly imagine the situation in which a part of the United States effectively becomes independent," Hemon said at the Sarajevo Film Festival.

Novelist and 'Matrix' co-writer Aleksandar Hemon worries that growing US social divisions could bring about the partition of the United States, saying present-day America reminds him of his native Bosnia, ethnically divided after the war in the 1990s.

"I am in the business of imagination - I can perfectly imagine the situation in which a part of the United States effectively becomes independent," Hemon said on the sidelines of the Sarajevo Film Festival, where he moderates press conferences in the competition programme.

In an interview for Reuters, he said he was not sure whether that possibility could come about in his lifetime but that he could "totally see that" happening at some point.

"This is the future of America," Hemon, 55, said when asked how he sees the situation in Bosnia.

"It will be this non-functional political system that blocks the very possibility of imagining a shared society, which is the case in Bosnia."

Following a 1992-95 war that killed over 100,000, Bosnia has been divided into two ethnically-based regions whose rival agendas and visions have blocked political processes and progress towards European Union and NATO integration.

In the event of a partition, he said President Donald Trump's racially-charged language would bear some responsibility.

"I would never wish Trump upon anyone in any way, but now, because of him, it's become undeniable that it's a substantial, enormous part of America -- white supremacy and bigotry and patriarchy," he said.

"I can totally see California just saying ... 'We'll take care of ourselves ... we are not giving money to Alabama and Lousiana'," if those states wished to stop Californians practising abortion or smoking cannabis, he said.

"So I think it will happen on a larger level, not only on a societal level."

The Sarajevo-born novelist stayed on in Chicago when he was on a study trip in 1992 after his home town was put under siege by Bosnian Serb forces. But he regularly returns to Sarajevo.

"I like writing here in my family apartment," said the award-winning author, who has just finished writing the script for the fourth Matrix film, along with British writer David Mitchell and Lana Wachowski, who will direct the movie.

The same trio worked on the Netflix show Sense8.

"I love it," Hemon said of scriptwriting. "I am privileged that I work with friends ... and there is a lot of money involved, unlike writing a book."

He also co-wrote the script for "Love Island" in 2014, along with Bosnian director Jasmila Zbanic, who directed it.

Hemon, whose books focus mainly on issues of exile and identity, is busy promoting the Bosnian translation of his latest book "My Parents: An Introduction", about the life of his parents after they escaped to Canada from the war in Bosnia.

"I thought it will be important to have a book that would talk about complexities of the immigrant experience, the number of decisions that everyone that emigrates and then immigrates has to make and how hard they are," he said.

"But also I wanted to appreciate my parents and my parents' generation ... because they worked and believed and systems that sustained them over entire generations were erased by the dissolution of Yugoslavia, and that was traumatic."