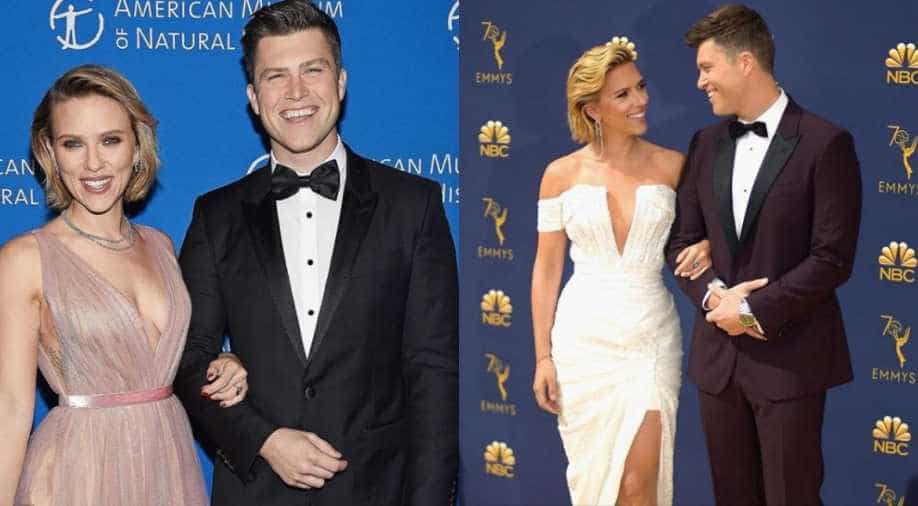 According to E! News, the 34-year-old actor dated the 'Saturday Night Live' star for about two years before getting engaged.

However, they don't have a wedding date set yet.

In May 2017, the duo was seen getting cozy at the `Saturday Night Live` season 42 wrap up party.

A source told E! News at the time that they were 'hooking up' and it had 'been going on for a bit' at that point.

The two made their official debut as a couple at the American Museum of Natural History Museum Gala in December 2017.

Jost accompanied Scarlett on the red carpet of the `Avengers: Endgame` premiere in Los Angeles on April 22, this year.

The two turned heads with their stunning appearance at the mega event and were all smiles as they walked hand-in-hand.

The 36-year-old comedian gushed about his fiancee at the 2017 Emmys, which he hosted alongside Michael Che.

"She`s pretty cool...it`s hard to have a lot of complaints, she's pretty awesome," he told ET before the show.

The pair`s engagement news comes two months after a source told People that the couple was talking about marriage.

"Scarlett and Colin are in love and share many of the same interests and the same sense of humour. Scarlett is very happy," the source said.

This will be the first marriage for Jost, while it will be Scarlett's third.

She was first married to Ryan Reynolds for about two years from September 2008 to December 2010 and then French journalist Romain Dauriac from 2014-2017.

The `Avengers: Endgame` star finalised her divorce from Dauriac in September 2017 after filing in March of that year.