Their cuteness will save them: Funny animals alert! 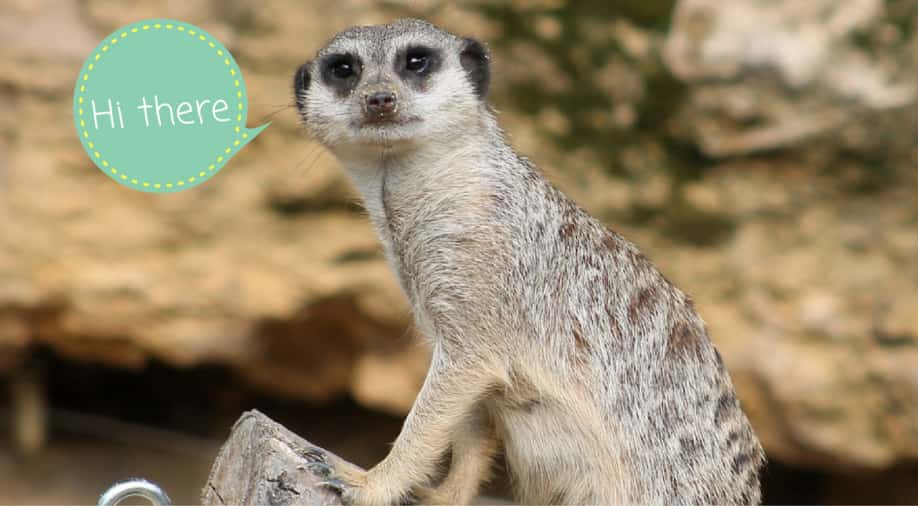 They say a picture is worth a 1000 words. But in this case, these pictures convey so much more.

The Comedy Wildlife Photo Awards can easily be labelled as one of the quirkiest award series that is linked to the cause of conservation. It is a world renowned photography competition focused on animals, with an aim to bring forth humour while spreading the message of conservation.

Have a look at some of the winning entries in the year 2016:

Tom Stables timed his shot to perfection to capture one of those days ... we've all had them. It was another Highly Commended shot. Enjoy. pic.twitter.com/p3exPrL9AB

Anup Deodhar shot this stunningly proud base guitarist/warrior/pole vaulter lizzard to get Highly Commended in this years awards. pic.twitter.com/qZDFMEHtxD

The 2016 Comedy Wildlife Photographer of the Year is Angela BOHLKE from the USA. An amazing hilarious image. Huge congratulations. pic.twitter.com/RKvRAxV6Sv

One more from our final 40. Judging next week. Look out for the winners. Sign up for our updates at https://t.co/ZBPJDUnV3z pic.twitter.com/QpuxSXzGxi

One of the top 40 in with a chance. Winner revealed on the 9th November... stay tuned... pic.twitter.com/ALT1RjkuYl

Not sure who looks more silly... two animals in one for the competition. Follow us on for more hilarious imagery. https://t.co/VmgLLW3AC0 pic.twitter.com/GskSt8qvTN

The competition is over, the judging has started. Keep up to date by signing up at https://t.co/ZBPJDUnV3z. We feel like this right now!!! pic.twitter.com/ChYLQio16u

Sign up to our newsletter at https://t.co/ZBPJDUnV3z and stay up to date...and laugh at this while you do just that. pic.twitter.com/9i1ECgus4o

Big night out? Or whatever caption you think works! pic.twitter.com/qHjQWMgqzD

Another runner up from the 2015 awards. Name the animal and you can enter the 2016 competition. Or enter anyway!!!! pic.twitter.com/C5mZYBVfPE

One week to go for the deadline!! Enter your funny wildlife pics now at http://t.co/ZBPJDUnV3z win a safari / nikon pic.twitter.com/R1KFF84U1b

We are lucky enough have Martin Le-May's extraordinary image of the woodpecker and weasel on its back entered pic.twitter.com/lUM9NL2Zfx