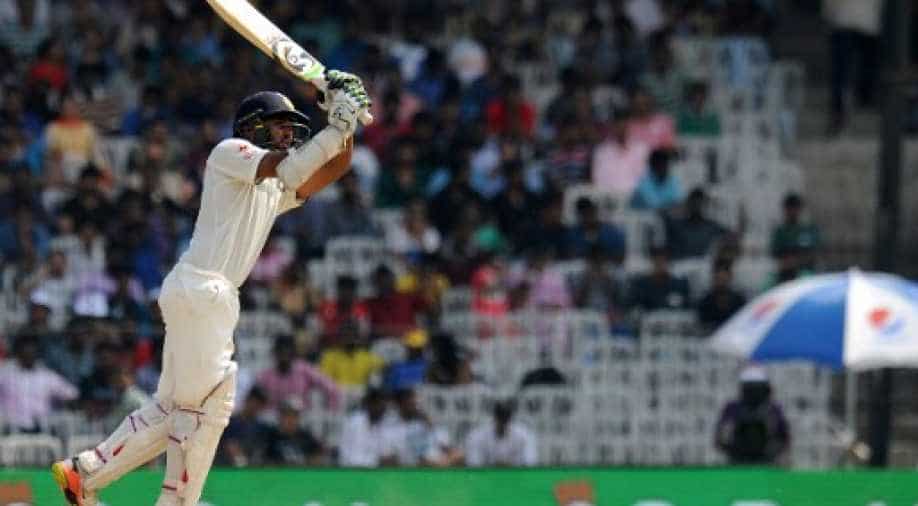 Chasing 313 in the fourth innings, Gujarat were tottering at 89 for three before Gujarat skipper Patel and Manprit Juneja stitched a 116-run partnership to thwart Mumbai's attempt to win their 42nd title.

Patel had a memorable summit clash as he scored a 90 in the first innings, pouched seven on the field and capped it off with a 143.

Patel, who was adjudged the man of the match, said: "It (winning the Ranji Trophy) was a dream we collectively saw at the beginning of the season."

He also praised his young team, who were without paceman Jasprit Bumrah and Axar Patel, in the final for "putting their hand up in big games".

The last few months have been very successful for the baby-faced Patel, who became cricket's youngest test wicketkeeper when he made his debut as a 17-year-old against England in 2002.

He ended his test side exile after more than eight years in November when he was recalled for the last three matches against a touring England, replacing injured regular Wriddhiman Saha behind the stumps.

He was impressive with the bat upon his recall, scoring two half-centuries as India won the five-match series 4-0.

Gujarat had started the match strongly by bowling out Mumbai for 228 in the first innings, getting a 100-run lead when they came to bat. But Mumbai, who have been the dominant team in the domestic championship for decades, pulled themselves back in the match by setting their opponents a stiff target to chase.

Mumbai, spearheaded by Abhishek Nayar's swashbuckling 90 and Shreyas Iyer's 82, gave the reigning champions another tilt at the trophy.

But Patel's century, who was helped by Mumbai's shoddy catching, laid rest to Mumbai's dream of lifting another title. This was Mumbai's just fifth loss in 46 Ranji Trophy final appearances, the last time being way back in 1990-91 when Haryana beat them by 2 runs.