World stocks choke on US election fears, pound powers on 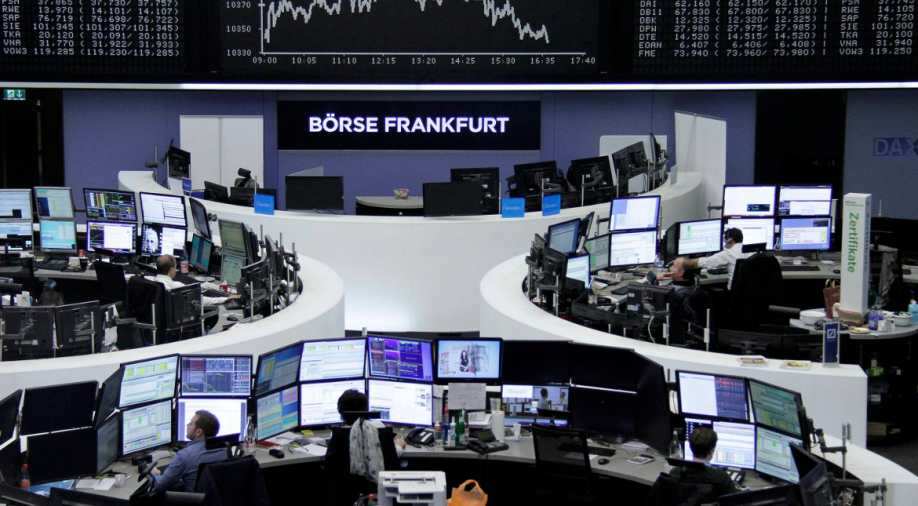 Gold prices rose, the dollar dropped and US bond yields fell despite solid US jobs market and trade data that pointed ever more to a rate hike by the Federal Reserve in December. Photograph:( Reuters )

Equity investors froze Friday at the prospect of a tight finish to the US presidential race, with the US S&P 500 (Standard and Poor's 500) sliding for the ninth straight session, its longest fall since 1980.

Investors took refuge in safe havens ahead of the weekend that could bring more surprises affecting the hot race between Democrat Hillary Clinton and Republican Donald Trump, and amid concerns a Trump victory could bring sharp shifts in US economic policy.

Gold prices rose, the dollar dropped and US bond yields fell despite solid US jobs market and trade data that pointed ever more to a rate hike by the Federal Reserve in December.

On Wall Street, losses were lighter, with selling coming at the end of the session, leaving just one trading day before the November 8 vote.

The three key indices all lost about 0.2 per cent, putting the S&P 500 down 3.1 per cent since its slide began.

"Not good, but not as bad as it sounds," given the relatively modest loss for such a streak, said Howard Silverblatt of S&P Global.

And Chris Low of FTN Financial said, "The last time the market was at this level was back in early July, right after the terrible Shanghai selloff.

"If we break through these levels technically, it could be a difficult month or two after that."

Clinton, who has promoted mostly continuity with the political, economic and tax policies of President Barack Obama, still leads Trump in the race. But the separation between the two has narrowed to two percentage points and the outcome of the vote could depend on a handful of swing states the candidates are battling for.

"Investors are clearly nervous or worried that there might be a big surprise Tuesday. That's the reason why the market's been drifting down," said Hugh Johnson of Hugh Johnson Advisors.

A solid US October jobs report gave more support for the Federal Reserve to raise rates in December. The economy added 161,000 jobs last month and the unemployment rate dipped to 4.9 per cent.

Fed Vice Chair Stanley Fischer said in a speech that the labor market is in a "powerful" recovery and that inflation is picking up, while not speaking directly to the Fed's next policy meeting in five weeks.

While this would normally strengthen the case for a Fed rate hike in December, much still hinges on Tuesday's vote, said John Higgins at Capital Economics.

"US monetary policy would be expected by many to remain looser for longer in the event of a win for Trump," he said.

Pound up on Brexit politics

The British pound though powered higher on Thursday's London court ruling that the British government would need parliamentary approval to officially move to pull out of the European Union.

"However, since most of these are seen as reducing the chances of a bitter divorce from the European Union's single market, the pound is better supported."