Wholesale inflation falls to 2.6% in September 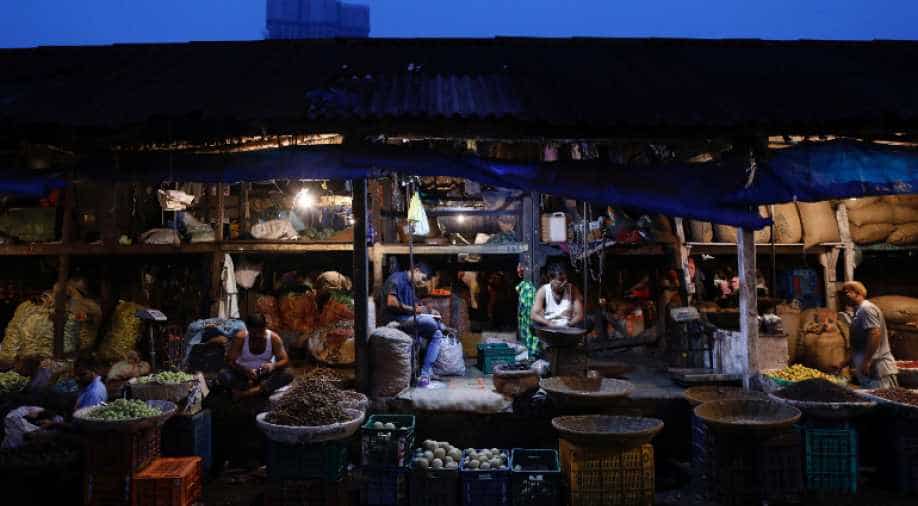 The decrease in WPI was brought about by a fall in food prices. Photograph:( Reuters )

Wholesale inflation fell to 2.60 per cent in September as prices of food articles, led by vegetables, softened.

The government data released today showed that inflation in food articles tapered to 2.04 per cent in September, as against 5.75 per cent in August on a yearly basis.

Inflation in vegetable prices cooled to 15.48 per cent in September, as against a high of 44.91 per cent in the previous month.

Onion prices, however, continued to rule high with 79.78 per cent increase in September. In egg, meat and fish segment the rate of price rise was 5.47 per cent.

Inflation in manufactured products witnessed a slight increase at 2.72 per cent, against 2.45 per cent in August.

In fuel and power segment, inflation cooled to 9.01 per cent, against 9.99 per cent in August.

Fuel inflation has remained high in the past two months as petrol and diesel prices continued to rule high relentlessly on global crude oil rates, while power tariffs shot through the roof on lower domestic production.

The final print of July WPI inflation remained unchanged from provisional estimate of 1.88 per cent.

Data released earlier this week showed retail inflation at 3.28 per cent in September, unchanged from August, even as vegetable and cereal prices softened.

Besides industrial production grew at a nine-month high of 4.3 per cent in August, mainly on account of robust performance of mining and power sectors coupled with higher capital goods output.

Earlier this month, the Reserve Bank kept benchmark interest rate unchanged on fears of rising inflation while lowering growth forecast to 6.7 per cent for the current fiscal.

It also raised its inflation forecast to a range of 4.2 to 4.6 per cent during the remainder of current fiscal as against 4 to 4.5 per cent previously.