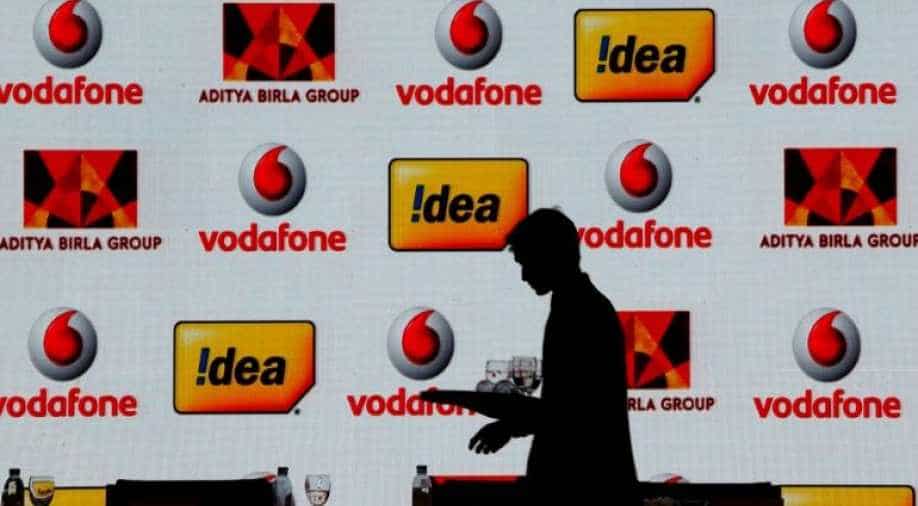 The company took a charge of 256.78 billion rupees for the quarter after India's Supreme Court last month upheld a demand by the telecoms department that wireless carriers pay 920 billion rupees in overdue levies and interest.

Vodafone Idea, made up of the local unit of Vodafone Group Plc and billionaire Kumar Mangalam Birla's Idea Cellular, reported a consolidated net loss of 509 billion rupees ($7.13 billion) in the second quarter to September.

The company took a charge of 256.78 billion rupees for the quarter after India's Supreme Court last month upheld a demand by the telecoms department that wireless carriers pay 920 billion rupees in overdue levies and interest.

Vodafone Idea and rival Bharti Airtel, two of India's three main mobile carriers, will have to pay a bulk of this state demand.

Bharti said it made a provision of 284.50 billion rupees, more than 92% of the overall charge for exceptional items, after the Supreme Court ruling.

Telecom providers in India pay the Department of Telecommunications (DoT) nearly 3-5% of their adjusted gross revenue (AGR) in usage charges for spectrum or airwaves and 8% of AGR as licence fees.

The DoT and the mobile carriers have been at odds over the definition of AGR. The companies argue that AGR should comprise just revenue accrued from core services, while the DoT says AGR should include all revenue.

Vodafone Idea said it was in active discussions with the government seeking financial relief and also in the process of filing a review petition with the Supreme Court.

"It is to be noted that our ability to continue as a going concern is dependent on obtaining the reliefs from the government... and positive outcome of the proposed legal remedy," Vodafone Idea said in a statement.

The company's gross debt at end-Sept. stood at 1.17 trillion rupees. Analysts have previously warned that Vodafone Idea will be the worst hit after the Supreme Court ruling given its already stretched balance sheet.

"Vodafone results are a reflection of the company’s inability to compete effectively in a three-player market," said Deepa Dasani of HDFC Securities.

"Apart from its impact on its equity value, this result will surely result in wider financial repercussions because it will hit the lenders and debt investors in the company, including mutual funds."

Analysts on average expected Vodafone Idea to report a consolidated net loss of 44.22 billion rupees for the quarter, according to Refinitiv data, although those figures did not include the charge.

The wireless carrier had posted a net loss of 49.74 billion rupees a year ago.

On Thursday, Vodafone Idea said it plans to sell its 11.15% stake in mobile mast operator Indus Towers once its merger with Bharti Infratel receives regulatory clearances.

Bharti Airtel's MD and CEO, India & South Asia, Gopal Vittal said: "We continue to engage with the government and are evaluating various options available to us."

"We are hopeful that the government will take a considerate view in this matter given the fragile state of the industry," Gobal said.

Analysts on average expected Bharti Airtel to report a loss of 11.16 billion rupees for the three months to the end of September, according to Refinitiv data.

Singtel is the biggest shareholder in Bharti Airtel, with an effective stake of about 35%.