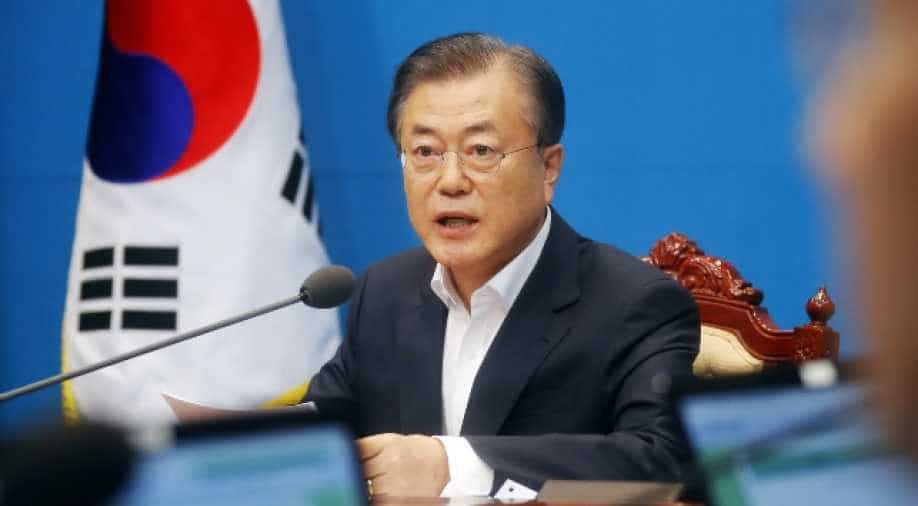 The website titled 'Know the Japanese restrictions Right' offers a list of sensitive items which can face tightened regulations and guidelines for companies to provide information to Japanese suppliers if they need approval.

The South Korean government has launched a new learning website for companies puzzled by Japan's recent trade restrictions against the country amid growing confusion over changes of rules about buying Japanese goods.

The website is up and running since Thursday, a day before Japan decided to drop South Korea from the so-called "white list" of easy trade countries in midst of a growing dispute between the two countries over their wartime past.

"There have been myriads of requests from companies that need a clear picture of what getting removed from the white list means," a South Korean trade ministry official told Reuters on Friday, referring to the reason for the website.

The website titled "Know the Japanese restrictions Right" offers a list of sensitive items which can face tightened regulations and guidelines for companies to provide information to Japanese suppliers if they need approval.

South Korea's removal from the favoured trade countries list may require South Korean firms to take extra administrative procedures to obtain import permits, potentially slowing down purchases of a wide range of Japanese goods that can be used for weapons production.

The country's President Moon Jae-in on Friday said South Korea would not be "defeated again" by its neighbour, laying bare decades-old animosity at the root of a row over fast-track export status.

"I can see challenges won't be small. Our companies and people have the capacity to overcome this ordeal...We can do this," Moon told a cabinet meeting.

The South Korean government has been hosting a series of seminars for industry groups from semiconductor sectors to the automobile industry as companies scramble to prepare for new trade environment with Japan.

"This is such a confusing time for everyone regardless of which industry you are in," said an official at a South Korean major electric car battery maker.

"The rules are so vague and confusing that almost no one knows how to comply and what to do. It's like an unopened black box," the official added, asking not to be named due to the sensitivity of the matter.