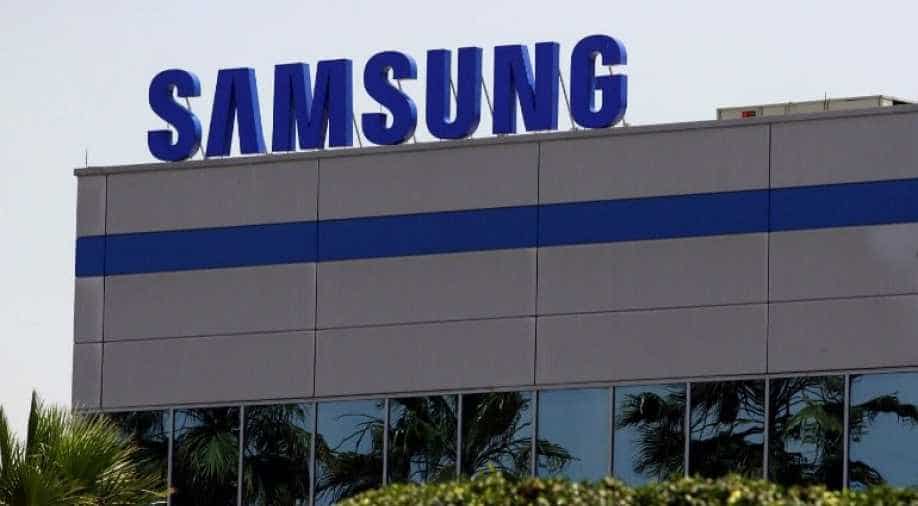 File Photo: The logo of Samsung Electronics is pictured at the company's factory in Tijuana, Mexico Photograph:( Reuters )

"The boldness of the defendants' criminal acts was beyond the public's imagination and stunned society," Judge Soh Byung-seok said, handing down sentences of up to two years.

A South Korean court on Monday jailed three executives of Samsung Electronics for their role in a plot that included burying computers under factory floors at its biotech affiliate, in an investigation of alleged accounting fraud.

Prosecutors began investigating the suspected fraud at Samsung Biologics after South Korea's financial watchdog complained the firm's value had been inflated by 4.5 trillion won ($3.82 billion) in 2015.

"The boldness of the defendants' criminal acts was beyond the public's imagination and stunned society," Judge Soh Byung-seok said, handing down sentences of up to two years.

"Most South Korean people want Samsung to become the world's top-class company contributing to the country's economy," the judge added.

"However, if such growth is based on breaches and unlawfulness, it will not be applauded."

Prosecutors accused the executives of ordering employees at the biopharmaceutical firm to destroy and conceal internal documents, as authorities investigated accusations of a violation of accounting rules there.

The efforts included inserting nearly two dozen computers and notebooks as well as computer servers in spaces under the floors of Samsung Biologics factories near the capital, Seoul, they added.

Civic groups have said the alleged fraud aimed to boost the value of Samsung Biologics' parent Samsung C&T, adding this was achieved by smoothing the way for a 2015 deal involving the parent and consolidating Lee's control of the group.