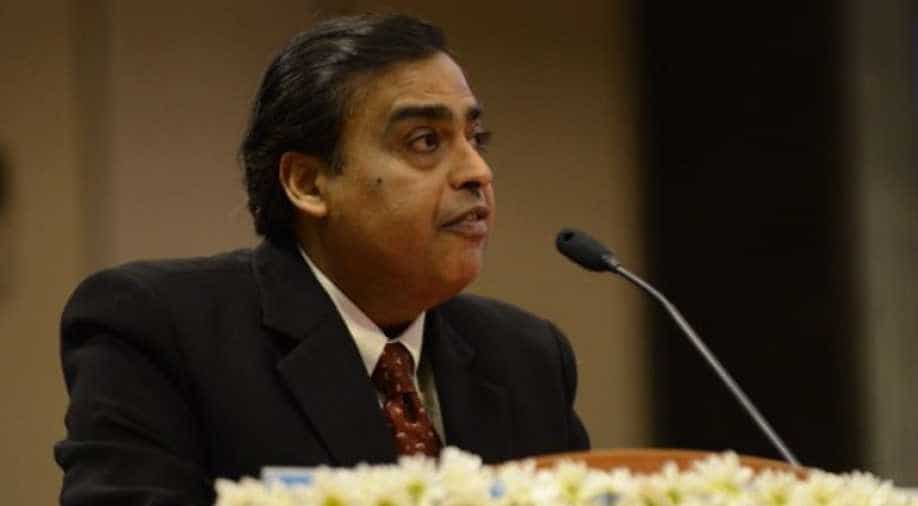 'We saw consistent same-store sales growth and record footfall across our stores,' Ambani said in a statement.

Revenue at its retail and telecoms units each jumped more than 25 per cent in the December quarter as the company, headed by Asia's richest man, Mukesh Ambani, invests heavily to bring them on par with its dominant petrochemicals and refining businesses.

"We saw consistent same-store sales growth and record footfall across our stores," Ambani said in a statement, with the remarks coming when growth in Asia's third-largest economy has slowed to multi-year lows.

The Mumbai-headquartered company has rapidly grown to become India's largest retailer with over 10,000 stores selling groceries, consumer electronics and apparel, while its telecom unit, Jio, has become the country's largest wireless operator in about three years since launch.

Profit at Jio surged 62 per cent to 13.50 billion rupees, led by subscriber additions of 14.8 million during the reported quarter.

Reliance, which runs the world's biggest oil refining complex, said gross refining margin - the profit earned on each barrel of crude oil processed - was $9.2 per barrel, slightly lower than the prior quarter but better than a year earlier.

"The third-quarter results for our energy business reflect the weak global economic environment and volatility in energy markets," Ambani, the company's chairman, said.

Meanwhile, the proposed purchase of 20 per cent in Reliance's oil-to-chemicals arm by Saudi Aramco will take a "few months" to be finalized, Joint Chief Financial Officer V Srikanth said at a press briefing, adding Reliance wouldn't comment on a specific timeframe for the deal to close.

"We are making very good progress, and there is engagement across teams which is very intense," Srikanth said of the deal, which would be one of the largest ever foreign investments in India.

The company had previously said it would sign a definitive agreement with Aramco by March 2020.

The weak performance at the petrochem and refining unit led to a 2.5 per cent drop in revenue from operations to 1.57 trillion rupees.

Still, Chief Financial Officer Alok Agarwal said 2020 would be a "better year from a global growth point of view", which should help boost margins in the refining and petrochemicals units.

Consolidated net profit rose 13.5 per cent to 116.40 billion rupees ($1.64 billion) in the three months to December 31, above the previous quarter's record and also beating analysts' average forecast of 114.32 billion rupees, according to Refinitiv data.