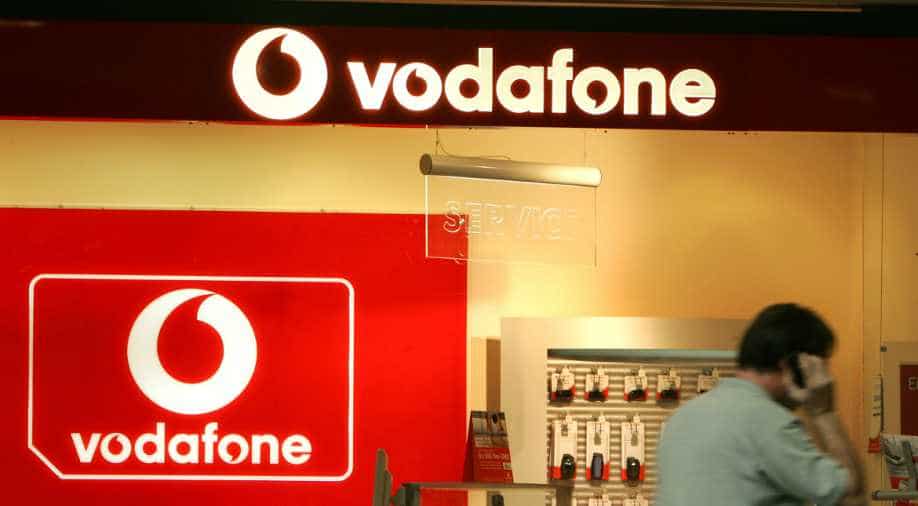 A man walks past a Vodafone store. Photograph:(Getty)
Follow Us

Vodafone's share price collapsed 39 per cent to 3.65 rupees before it recovered to 4.60 rupees.

Vodafone's share price collapsed 39 per cent to 3.65 rupees before it recovered to 4.60 rupees which weighed on the market with the Sensex shedding 0.16 per cent to 41,866.16 in morning trade.

After the bloodbath, Vodafone shares closed 25.21 per cent lower at Rs 4.51 on the Bombay Stock Exchange(BSE).

Last year, India's top court had granted three months to telecom operators to clear their dues with top companies - Reliance, Bharti Airtel owing the telecom department Rs 92,000 and another 41,000 crore to Department of telecom(DoT). According to the court, Vodafone-Idea has to pay Rs 28,000 crore (license fees of Rs 6,900 crore and the balance is interest and penalty) over the next three months to the government.

In November, Vodafone had recorded the biggest loss in corporate history with $7.13 billion in the second quarter till September as the company continued to bleed.

According to the TRAI, Vodafone-Idea and Bharti Airtel had lost 14.5 million and 15.1 million mobile subscribers in March last year. Interestingly, the customer base of Reliance Jio, owned by Mukesh Ambani was 306.7 million in March 2019, against 297.2 million as on February.

Loans, EMIs to get costlier after RBI hikes rates for the sixth time in a row