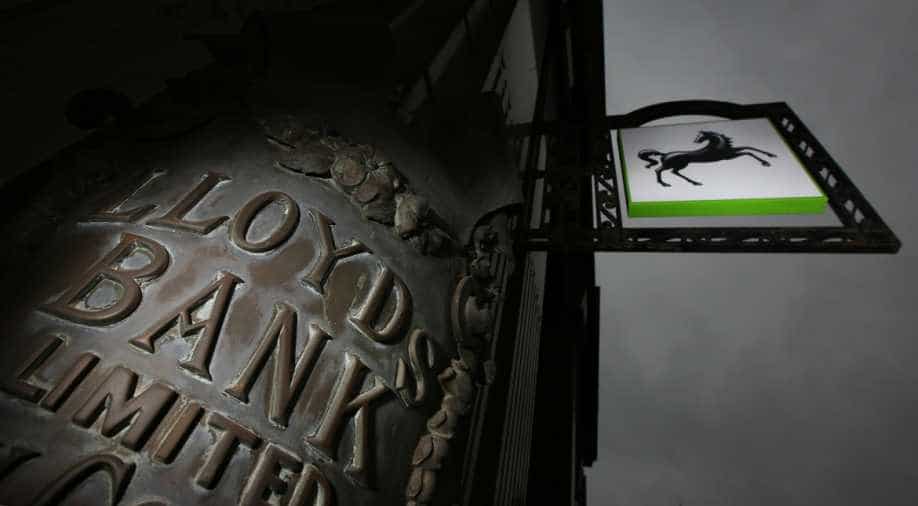 So far this year, Lloyds has announced plans to cut about 3,580 positions from its 75,000-strong workforce. Photograph:( Getty )

Follow Us
Lloyds Banking Group plans to axe about 640 jobs, sources close to the matter said on Wednesday, as Britain's largest mortgage lender continues to scale back its branch network and workforce.

All affected employees working in information technology and back-office roles and are being told of the decision on Wednesday, the sources said on condition of anonymity because they are not authorised to discuss the plans.

Lloyds, who rescued in a 20.5 billion Pound ($27.4 billion) taxpayer bailout during the financial crisis, is in the midst of major restructuring as part of an aggressive cost-cutting programme.

A statement from Lloyds said there will be a net reduction of 525 jobs where newly created roles are included. The bank also said it is closing 23 branches by October because customers increasingly bank online and more functions are automated.

The bank, more than two thirds of the way through three-year plan to cut about a tenth of its workforce, could now consider deeper cuts than originally targetted because of the programme's swift progress, two separate sources said.

The latest cuts coincide with the biggest upheaval for British banks since the financial crisis.

Sources close to Britain's government say it has put on hold plans to sell stakes in Lloyds because market volatility has made it too difficult to judge whether disposals represent value for taxpayers.

The employees affected by Wednesday's job cuts work in cities including London, Edinburgh, Bristol and Manchester, the sources said.

So far this year, Lloyds has announced plans to cut about 3,580 positions from its 75,000-strong workforce.

The Unite union has said the drawn out process job losses are taking a toll on Lloyds staff, with three quarters of its employees reporting symptoms of stress and four out of every five working unpaid overtime every week.