Gold at highest in over two years over renewed Brexit concerns 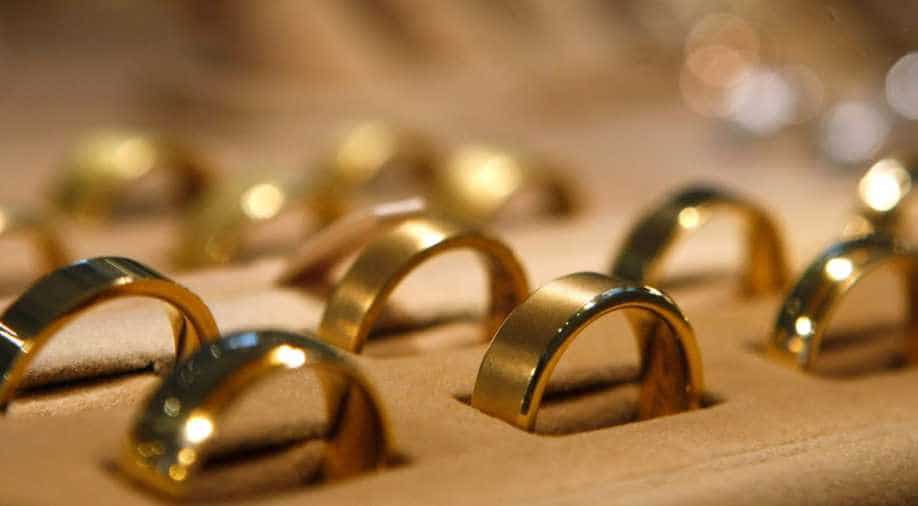 The yellow metal, often favoured as a hedge against economic and financial uncertainty, has risen about 29 percent this year. Photograph:( Getty )

Follow Us
Gold rose as much as 1 per cent today, hitting the highest in more than two years, as investors piled back into safe havens such as bullion amid renewed market jitters over Britain's decision to leave the European Union (EU).

Asian shares also tumbled as fears over instability in the EU returned with a vengeance, sending the pound to three-decade low and hammering risky assets.

"No one is able to understand how much risk is yet to be unravelled (from Brexit). That is an uncertainty that no one likes. This is what is driving gold prices higher," said Helen Lau, an analyst at Argonaut Securities in Hong Kong.

The Bank of England took steps on Tuesday to ensure British banks keep lending as the financial consequences of the decision to leave the EU began to materialise.

The yellow metal, often favoured as a hedge against economic and financial uncertainty, has risen about 29 per cent this year and is on track to log its biggest yearly gain since 2010.

Further boosting gold, were comments from New York Federal Reserve President William Dudley, who said that the central bank can be patient on raising interest rates due to low inflation and uncertainties over US economic prospects.

New orders for US factory goods fell in May on weak demand for transportation and defence capital goods, but growing order backlogs and lean inventories suggested the worst of the manufacturing downturn was probably over.

Investors will be watching out for signs on the US Federal Reserve's thinking on rates from minutes of its June 14-15 meeting due later in the day.

Holdings in SPDR Gold Trust, the world's largest gold-backed exchange-traded fund, increased 3.02 per cent to 982.72 tonnes on Tuesday, the highest since June 2013.

SPDR gold holdings have jumped more than 50 per cent this year so far, heading for biggest annual rise since 2006.

Spot silver's rally hit a bump on Tuesday as the metal fell 2 per cent, its biggest one-day loss in about three weeks. It was up 1.7 per cent at $20.26.

Among other precious metals, platinum, which was trading at two-month highs, edged 0.2 per cent lower to $1,070.24 an ounce.