From Mao to Trump: China's economic roller-coaster since 1949 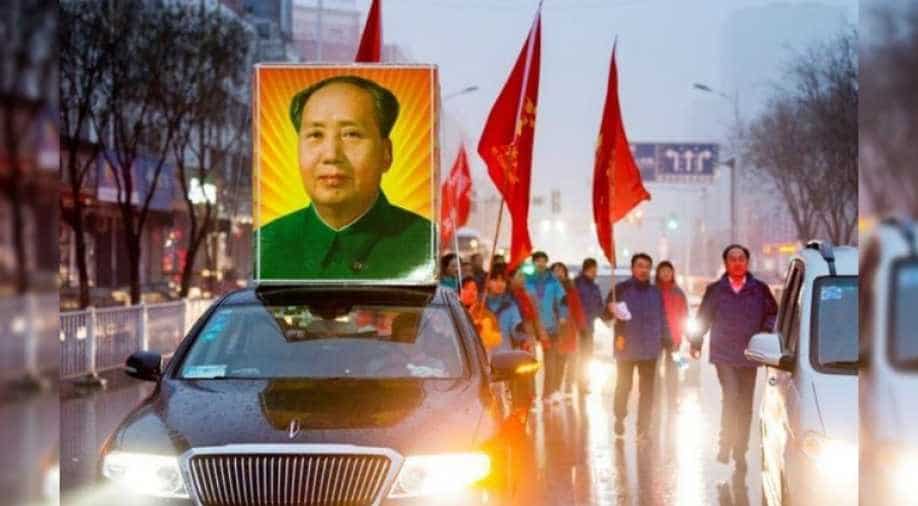 After remarkable growth and change for decades, most economists believe China's economy is entering a period of slower, steadier growth.

Here is a brief look at China's economic roller-coaster since 1949:

When Mao Zedong's communists seized control in 1949 after decades of strife, China was a basket case, agricultural output had cratered, the industry was hopelessly backward and hyper-inflation raged.

But leaders courted crisis with ideologically-driven campaigns like the "Great Leap Forward"— an ill-advised bid to super-charge industry and agriculture that caused widespread famine.

Stability was eventually restored but Mao brought China to its knees again through his radical leftist "Cultural Revolution" from 1966-76, which severely weakened the economy.

After Mao's death in 1976, Deng Xiaoping — purged twice by Mao over his reform tendencies—rose again, taking power in 1978.

He turned away from ideology and isolationism toward a more pragmatic, results-oriented approach, and slowly re-connected China with the world.

Reforms began to modernise the economy and introduce market-based mechanisms, best exemplified by a handful of new coastal "special economic zones" like Shenzhen, where foreign investment in export-oriented industries was welcomed.

Such zones posted rapid growth, encouraging more reforms that would eventually give China the reputation as the "factory of the world".

By the early 1980s, Deng's reforms had re-energised China, which became the fastest-growing major economy for most of the next four decades.

This was briefly threatened in 1989, however, when Deng and other party elders sent tanks to crush Tiananmen Square demonstrations demanding commensurate political reform.

Growth sputtered in the aftermath and hard-liners pushed back against further reform.

But the wily Deng visited coastal export zones in 1992 in his famous "southern tour" that cemented "reform and opening" once and for all as China's guiding philosophy.

Incomes and living standards soared, Shanghai's stock exchange re-opened in 1990 after a four-decade hiatus, and China symbolically rejoined the global economy with WTO membership in 2001.

But growth brought other ills like inflation, corruption, and environmental degradation, and reform of inefficient state enterprises in the 1990s deprived millions of the "iron rice bowl" of cradle-to-grave employment.

By 2010, China had become the world's second-biggest economy after the United States, a commercial, technological and military juggernaut which used that growing clout to extend its global influence.

But the era of double-digit expansion also ended around that time, due to an ageing workforce, a gradual shift of foreign investment to lower-cost developing countries, and other factors.

China also began deliberately downshifting to curb environmental damage, wealth inequities, and other growth side-effects, while launching a re-balancing of the economy to rely more on domestic consumption, and less on volatile foreign export demand.

Slower, but more stable, expansion is forecast in the years ahead, but economists say that may limit China's ability to grow its way out of two major new challenges: huge domestic debt and US trade hawkishness.

A $586-billion stimulus package helped China weather the 2008-09 world financial crisis better than other major economies, but it contributed to a mountain of debt that the IMF has called "dangerous".

Beijing launched a debt crackdown a year ago, but it faced a new challenge as US President Donald Trump launched a trade war with China that has prompted both sides to slap tariffs on more than $350 billion in two-way commerce.