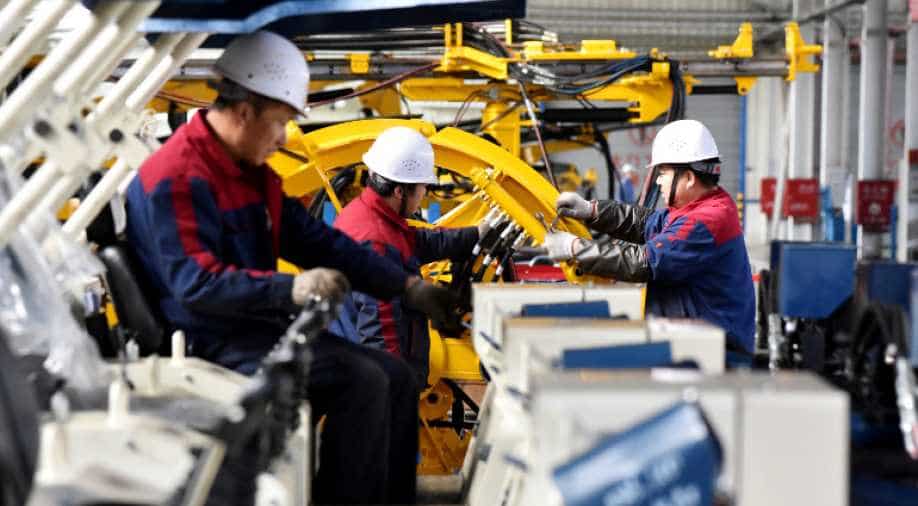 Growth in China's industrial output fell to a 17-year low in the first two months of the year and the jobless rate rose, pointing to further weakness in the world's second-biggest economy that is likely to trigger more support measures from Beijing.

Growth in China's industrial output fell to a 17-year low in the first two months of the year and the jobless rate rose, pointing to further weakness in the world's second-biggest economy that is likely to trigger more support measures from Beijing.

But a mixed bag of major data on Thursday also showed property investment was picking up, while overall retail sales were sluggish but steady, suggesting the economy is not in the midst of a sharper slowdown.

China is ramping up assistance for the economy as 2019 growth looks set to plumb 29-year lows, but support measures are taking time to kick in. Most analysts believe activity may not convincingly stabilise until the middle of the year.

Premier Li Keqiang last week announced hundreds of billions of dollars in additional tax cuts and infrastructure spending, even as officials vowed they would not resort to massive stimulus like in the past, which produced swift recoveries in China and strong reflationary pulses worldwide.

"The latest data should partially ease concerns about a sharp slowdown at the start of the year. But the near-term outlook still looks downbeat," Capital Economics said in a note.

In particular, Capital Economics and others noted that infrastructure investment has not improved as much as hoped after the government began fast-tracking road and rail projects last year, raising the risk of a milder-than-expected bounce in construction when work resumes in warmer weather.

Pressured by weak demand at home and abroad, China's industrial output rose 5.3 per cent in January-February, less than expected and the slowest pace since early 2002. Growth had been expected to cool to 5.5 per cent from December's 5.7 per cent.

China combines January and February activity data in an attempt to smooth distortions created by the long Lunar New Year holidays early each year, but some analysts say a clearer picture of the economy's health may not emerge until first-quarter data is released in April.

If the seasonal distortion was removed, output rose 6.1 per cent in the two months, the National Bureau of Statistics said.

China's own official factory survey, which is seasonally adjusted, showed manufacturing output contracted in February for the first time since January 2009.

President Donald Trump said on Wednesday he was in no rush to complete a trade pact with China and insisted that any deal include protection for intellectual property, a major sticking point between the two sides during months of negotiations.

Job shedding by export-oriented companies led to a jump in the unemployment rate last month, said Li Xiru, an official with the statistics bureau.

China's survey-based jobless rate rose to 5.3 per cent in February, from 4.9 per cent in December, though it was below the government's target of 5.5 per cent this year.

Many migrant workers also quit their jobs to go home before the holidays, Li said.

Reuters reported in January that some factories in Guangdong - China's export hub - had shut earlier than usual ahead of the holidays, and some were expected to close for good as the trade war curtailed orders.

Growth in fixed-asset investment, a major growth driver in the past, quickened to 6.1 per cent in the first two months of this year, slightly more than analysts had expected and edging up marginally from 5.9 per cent in 2018.

Much of the gain appeared due to a bounce in property investment, which quickened to a five-year high of 11.6 per cent, though home sales fell.

Infrastructure investment, which the government is relying on heavily to drive an economic recovery, rose 4.3 per cent on-year. But several analysts including Nomura estimated growth momentum may have eased despite Beijing's push.

Private sector fixed-asset investment also lost a step, rising 7.5 per cent versus an increase of 8.7 per cent in 2018. Private investment accounts for about 60 per cent of overall investment in China, and Beijing has spent considerable effort trying to ease financial strains on smaller, private firms.

Retail sales were also marginally better than expected, with the headline figure rising 8.2 per cent in January-February from a year earlier, in line with December.

But the rate of growth remains stuck around 15-year lows, highlighting concerns that consumers are growing less confident as the economy slows.

China's state planner announced measures in January to boost consumption of goods ranging from eco-friendly appliances to big-ticket items such as cars, but the size and scope of the subsidy scheme is still unclear.

Thursday's data showed sales of appliances and furniture softened considerably early in the year, possibly linked to worries about the cooling property market and a 3.6 per cent drop in home sales.

In addition to fiscal stimulus such as higher local government spending and tax cuts, more monetary policy support is also expected this year.

The People's Bank of China (PBOC) has already cut banks' reserve requirements five times over the last year, most recently in January, and more reductions are expected from the coming quarter to free up more funds for lending.

Regulators have ordered big banks to increase loans to smaller firms by more than 30 per cent this year, despite the risk of more bad loans. Total new bank lending hit a record in 3.23 trillion yuan ($481 billion) in January.

The central bank is also expected to continue to guide borrowing costs lower. But sources have told Reuters that a benchmark interest rate cut is considered a last resort if other measures fail to stem the broader economic decline.

Even with additional support, China's economic growth is still expected to cool to around 6.2 per cent this year from 6.6 per cent in 2018, according to Reuters polls.