Chanda Kochhar: The fall of a feisty woman who broke the glass ceiling 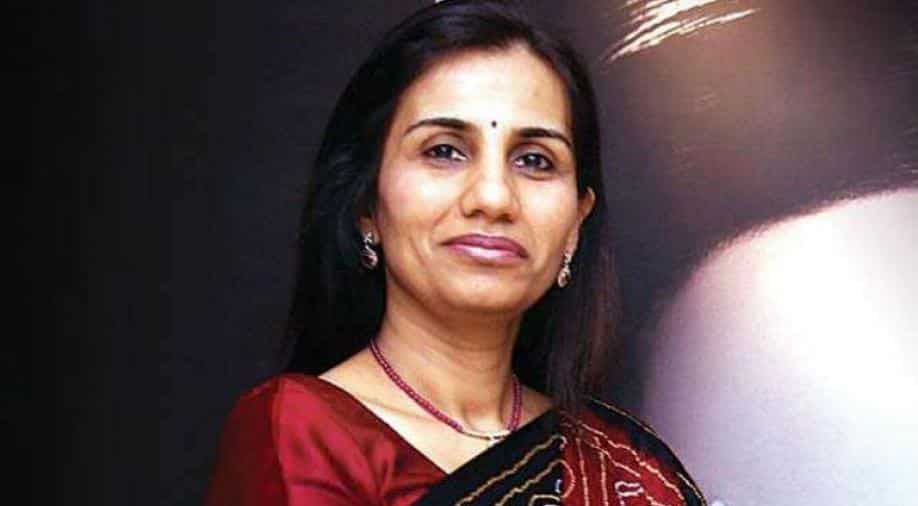 The reasons for her ouster pertain to the loan to Videocon and the business dalliances between its promoter Venugopal Dhoot and her husband Deepak Kochhar.

In mid-February, a lobby group chose Chanda Kochhar, the then head of ICICI Bank, for an interactive session with the visiting Canadian prime minister Justin Trudeau. A little over a month later, the toast of the town was battling allegations of impropriety that led to a multi-agency probe and an eventually forced leave-of-absence.

The 56-year-old Kochhar, who rose to occupy the corner office at the largest private sector lender, was mired in allegations of conflicts of interest, lack of disclosures and quid-pro-quo while extending loans to the now-bankrupt Videocon Industries. She, in fact, was the first woman to head a large lender in the country.

Kochhar, a favourite of the then group chairman KV Kamath, joined ICICI, an infrastructure lender in its earlier avatar, as a management trainee in 1984 and rose to play an important part in its transformation into a retail-focused lender and when it turned into a commercial bank in the early 1990s.

After the exit of the larger-than-life KV Kamath, she was chosen in 2009 to succeed the illustrious leader as the managing director and chief executive despite a strong leadership bench.

Her elevation also led to the exit of Shikha Sharma (Axis Bank chief), who was senior to her in ranking from the group. Before her elevation to the corner office, she was a key member of the bank's setting up, oversaw the retail business and was also the chief financial officer.

She consolidated activities at ICICI Bank, the only domestic lender to be impacted in the post-Lehman crisis, and ensured it speaks little and it is only her who does the talking all the time.

While Kamath faced many bank runs during his tenure, Kochhar's brute control on the institution has led to a complete arrest of such negative press. There was just one run-on during her tenure.

When an RBI review in 2015 found a high amount of under-reported dud assets with the bank, she announced a new strategy of concentrating only on the well-rated borrowers.

She championed many social causes but it was her inspiring rise to the top that was most admired. Yet, she perplexed many with her contrarian views that girls lack quantitative analytical skills, blaming it on the limited number of women in B-schools.

Over the years her leadership of the bank became a hyphenated relationship, wherein she came to define the bank, till it was broken Thursday with the announcement of her formal exit, six months after allegations of impropriety first cropped up against her, though she has been on an indefinite leave from May after the board was forced to appoint an external probe into the entire issue.

The reasons for her ouster pertain to the loan to Videocon and the business dalliances between its promoter Venugopal Dhoot and her husband Deepak Kochhar.

Dhoot had invested in and subsequently exited a power company promoted by Deepak and Chanda Kochhar did not recuse herself or disclose this when a loan was granted by ICICI Bank to Videocon as part of a consortium.

Initially, she enjoyed full backing of the board but lost support as the list of allegations kept growing with more names like an Essar group shell company of the Ruias also emerging among those with whom the Kochhar family had a relationship.

However, the gains from the Ruia ties were only a fraction of Videocon's loan of Rs 3,250 crore in FY11 which soon turned dud.

These allegations led to probes by multiple agencies, including the CBI, ED and SFIO, and also questioning of the Kochhar family members.

Finally, it was a complaint by a whistleblower who is yet to be named, which proved to be her undoing.

After exonerating her initially in the face of Videocon allegations, the bank launched an independent probe by retired judge BN Srikrishna and Kochhar went on indefinite leave pending the enquiry. This led to Sandeep Bakhshi being made the chief operating officer to oversee the day-to-day operations.

Kochhar had six months to go before her current term expires in March 2019. Regulations allow private sector bank chiefs to continue till the age of 70. Her offer to resign was accepted with immediate effect Thursday and Bakhshi was elevated to succeed her. The probe against her will continue and its outcome will determine the compensation she gets, the bank said in a statement.

In the past few months, shareholders have sought clarity on the issue at annual meetings and also raised concerns over the bank's move to appoint her as the chairman of group's securities arm. Kochhar, who maintained a huge public profile, has been away from public glare since May.

Investors cheered the announcement, probably because of the clarity it brings in. The bank scrip closed 4.07 per cent up at Rs 315.95 on the BSE as against a 2.24 per cent plunge in the benchmark.