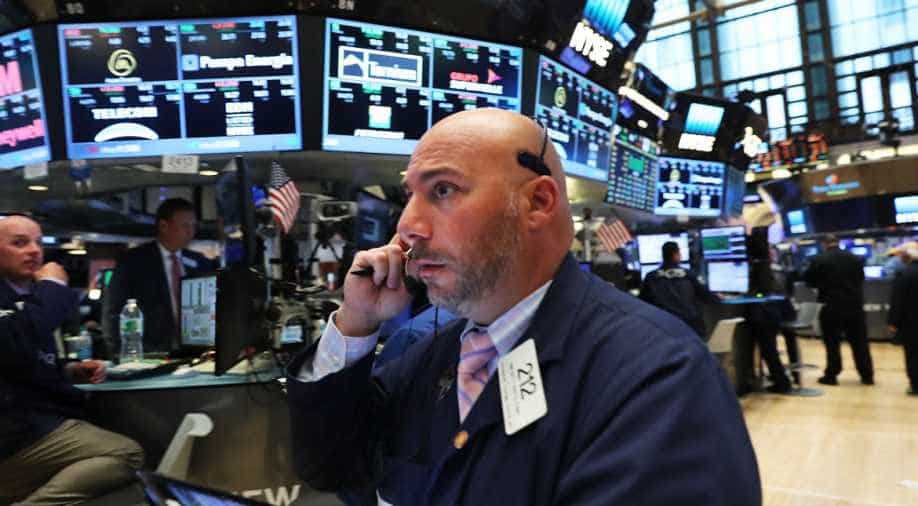 US ratings agency SP Global Ratings cut its rating for the EU by one notch last Thursday citing the uncertainty created by the Brexit vote. Photograph:(Getty)
Follow Us
Financial movers and shakers gathered in France on Saturday urged a clear and timely political response to lift the uncertainty caused by Britain's shock vote to leave the European Union.

A raft of top business leaders and intellectuals have gathered in the southern French city of Aix-en-Provence for a three-day meeting to discuss how to react to the fallout from last week's "Brexit" vote.

Participants swiftly agreed on at least one thing - nobody is quite sure what is going to happen next, the underlying source of their worries.

Britain has not yet begun the process of disengaging itself from the European Union, with arguments raging after the country was split 52 per cent to 48 per cent in the referendum.

Renault-Nissan automaker giant head Carlos Ghosn said the loss of Britain in itself from the EU bloc was not so much the problem as that the uncertainties such a move would provoke.

"Worried? Yes," said Ghosn. "Not because of Brexit but worried by the uncertainty that has engendered."

For Ghosn, "companies, good or bad, are capable of adapting to everything. All kinds of situations".

But with Britain's new status regarding the European Union not clear he said firms would have to live with uncertainty. "We are going to navigate as we go along," said Ghosn, not least regarding the post-Brexit future of Nissan's factory employing 8,000 in the north east of England.

Oil giant Total's CEO Patrick Pouyanne said for his part that Brexit would "not have a direct impact" as likely sterling weakness could bring down production costs for the group's North Sea operations.

"On the other hand, Brexit will have European growth impacts on the macro-economic front and that could cause damage," Pouyanne said.

"There is an element of more uncertainty, instability, in a world which is already facing up to a range of geopolitical difficulties, with Daesh (Islamic State), Ukraine, a swathe of financial crises and now Brexit."

US ratings agency SP Global Ratings cut its rating for the EU by one notch last Thursday citing the uncertainty created by the Brexit vote.

"The only message I would like to transmit is we have to act fast," said Pouyanne or risk allowing uncertainty to "destroy confidence" in the whole bloc.

Politicians indicated they understand that message and its urgency.

"The first thing to do is lift the uncertainty as soon as possible so that economic actors are able to take decisions quickly, including decisions pertaining to investment and development," French minister of finance Michel Sapin said on Friday.

Paris is looking to use Brexit as a chance to bolster the attractiveness of France, and Prime Minister Manuel Valls gave an interview to Saturday's Le Parisien in which he set out France's stall to that end.

"We are working on means of reinforcing our attractiveness. I am thinking notably of tax policy or the status of expatriates. So I say to large international companies - Welcome to Paris! Come and invest in France," said Valls.

"We are the number one financial market place in the eurozone in terms of direct and indirect employment with 1.2 million jobs," Muriel Penicaud, director general of Business France, a public body tasked with showing off France's plus points to the business world, told AFP.

The group has just published a paper highlighting reasons to do business in Paris, insisting the capital offers "a robust stock market regulatory and financial system".