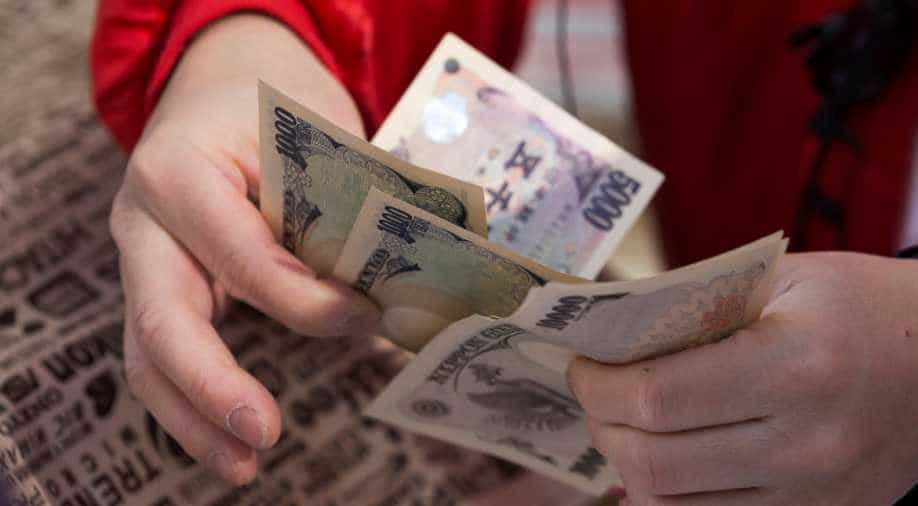 Trump's late run has sparked a sell-off around the world. Photograph:( Getty )

Asian stocks struggled again on Thursday, with uncertainty over next week's presidential election sending investors rushing for the sidelines, pushing safe havens such as the yen and gold higher.

With just days to go until the November 8 poll, maverick tycoon Donald Trump has closed what was once considered an unassailable lead over market-favourite Hillary Clinton, upending early confidence.

The former secretary of state is considered by most investors to be a safer, more stable bet than Trump, who is seen as a loose cannon.

And while she is still tipped to win, analysts said the late run by Trump has fired uncertainty, sparking a sell-off across the world.

“The move to take risk off the table continues,” Chris Weston, chief market strategist in Melbourne at IG Ltd., said in an e-mail to clients.

“We have reached a point where there is a buyers' strike, where money managers have reduced their risk, increased cash allocations within the portfolio and are happy to ride out this mini-storm of uncertainty. This is a perfect breeding ground for short sellers who love the combination of uncertainty and lack of bids.”

In Asian trade Hong Kong was 0.2 per cent down in the afternoon and Singapore gave up 0.3 per cent while Sydney closed 0.1 per cent lower and Wellington tanked more than one per cent. There were also deep losses in Taipei and Manila.

But Shanghai ended 0.8 per cent higher and Seoul put on 0.3 per cent. Tokyo was closed for a public holiday.

The rush for safety saw gold prices climb back above $1,300 for the first time since the start of October, while the yen was also stronger.

The euro, pound and most high-yielding Asia-Pacific units also made inroads on the greenback, which got no help from an expected Federal Reserve decision to hold interest rates and flag a possible hike in December.

Fears of a Trump presidency has led to speculation the Fed could hold off a December hike, which has been largely priced into markets, owing to fears about his impact on the economy.

The Mexican peso fell further against the dollar, with the greenback buying 19.45 pesos, against 19.36 pesos in the US.

The peso has steadily fallen on concerns of a potential victory for Trump, whose anti-Mexican rhetoric has included a pledge to remove undocumented migrants, build a wall along the border and tear up a US trade deal with its neighbour to the south.

Attention now turns to the release Friday of October US jobs data, which will provide a clearer snapshot of the US economy, with analysts saying a strong reading will cement the argument for a rate rise next month.

The weaker dollar provided some much needed lift to oil prices, with both main contracts rallying after a recent sell-off fuelled by worries over the chances of success for OPEC's agreement to cut production. Crude is priced in dollars and a weaker unit makes the commodity cheaper for holders of other currencies.