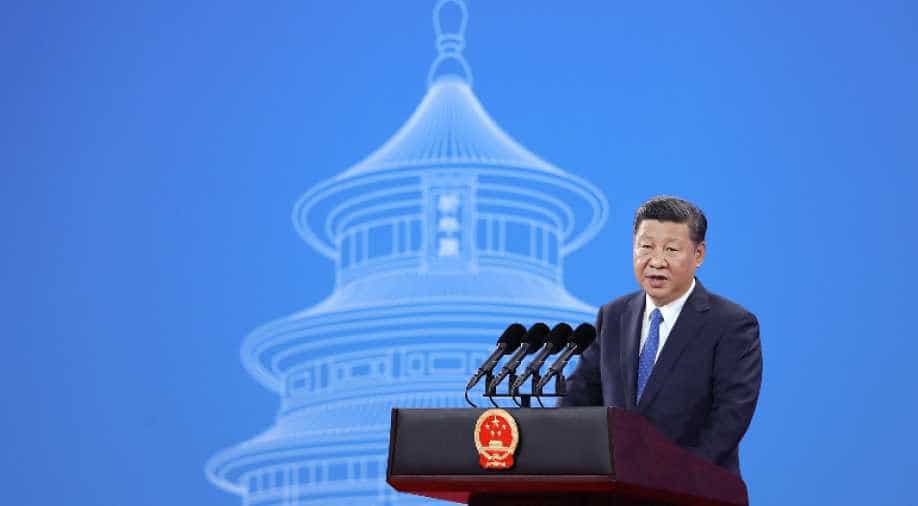 Xi, who is thought of as most powerful Chinese leader since Mao, is expected to be given a second term.? Photograph:( Reuters )

China will deepen economic and financial reforms and further open its markets to foreign investors as it looks to move from high-speed to high-quality growth, President Xi Jinping said on Wednesday.

China will push ahead with market-oriented reforms of its foreign exchange rate as well as its financial system, and let the market play a decisive role in the allocation of resources, Xi said at the opening of a key, twice-a-decade Communist Party Congress.

"China's open door will not be closed, it will be only be opened wider," Xi said.

The government will "clean up rules and practices that hinder a unified market and fair competition, support development of private firms and stimulate vitality of all types of market entities," Xi said, while pledging to further open China's services sector to foreign investors.

Xi's comments reiterated a long-standing pledge by party leaders to give a greater role to free-market forces to improve efficiency and put the economy on a more sustainable growth path.

But as Xi gears up for his second five-year term, foreign business executives and analysts increasingly believe market liberalization is seen as secondary to his state-centred approach to economic policy and his focus on stability.

Other painful reforms that many economists say are needed have also moved slowly under Xi. They include overhauling China's bloated and debt-laden state sector, fixing the fiscal system to tackle local government debt and bringing in new property taxes to ward off housing bubbles.

China should also strengthen consumption as a foundation for economic development, Xi said, and will expand the middle class and narrow the gap in development between rural and urban areas.

Fiscal reform has also been a key objective of policymakers as Beijing tries to make local governments take more responsibility for their own budgets and debt.

China is expected to post its strongest economic growth in several years this year, riding on a government-led construction boom, but analysts said it is still relying to heavily on credit-fueled stimulus.

Standard & Poor's ratings agency said on Tuesday that China has only taken "baby steps" to contain its rapid build-up in debt so far and needs to take stronger measures.

Xi said the government will "speed up establishment of modern fiscal system, set up clear responsibility, financial coordination and regional balance for fiscal relationship between local and central government."