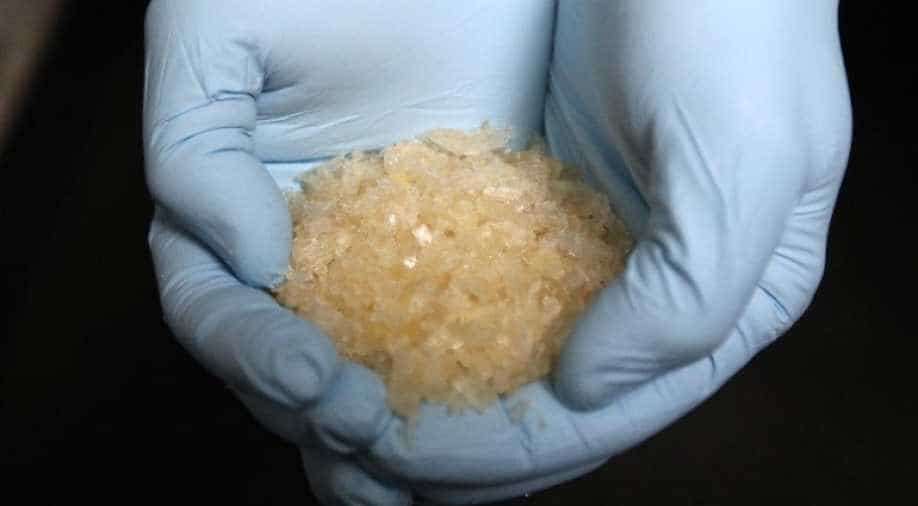 A woman in Montana allegedly called the police to report that she had bought "bad meth" that caused a "bad taste in her mouth".

Meth or Methamphetamine is a strong central nervous system stimulant that is mainly used as a recreational drug. The drug has gained worldwide recognition courtesy to American drama series "Breaking Bad".

On receiving the call, the police department in Great Falls city of Montana sent a police officer to 33-year-old Margery Ann Dayrider's residence, who had a bad reaction after injecting meth.

Dayrider mentioned to Officer Jon Marshall that the side effects of the reaction included vomiting, tingling tongue, bad taste in her mouth.

According to local media reports, Dayrider reported, “I do meth three times a day every day and have never had this reaction before.” She also mentioned that she, along with her boyfriend, had purchased the drug the night before and that she injected herself at 9 AM, 11 AM, and 3 PM.

She also told the patrolling police officer that she “still had some meth inside her bra.”

She then handed over the remaining meth to the officer. The field test of the crystalline substance was positive for methamphetamine.

Dayrider was arrested on a felony narcotics possession charge. The offence carries a sentence of up to five years in prison.