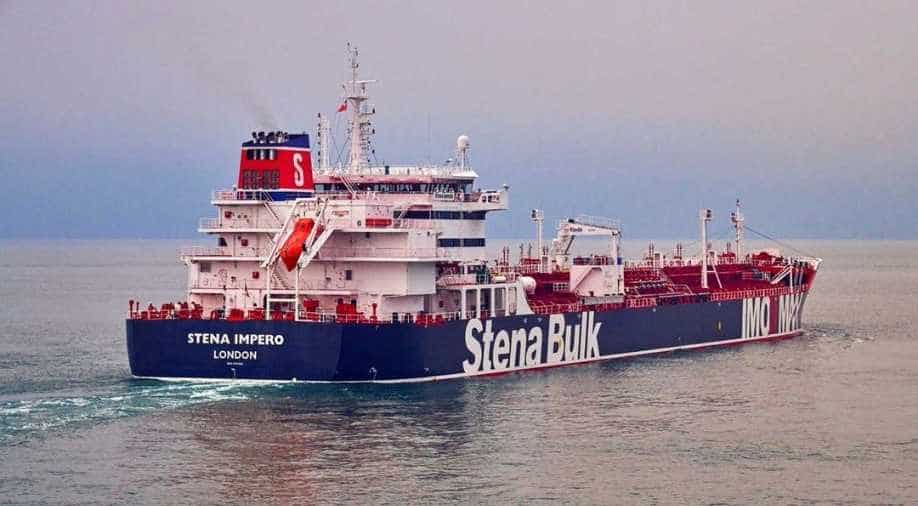 Britain and its Western allies have called for the release of the vessel, warning of the danger of escalation in the strategic waterway

Iran's seizure of a UK-flagged tanker in the Strait of Hormuz has ramped up tensions in the Gulf region after the US military claimed it had downed an Iranian drone.

Britain and its Western allies have called for the release of the vessel, warning of the danger of escalation in the strategic waterway.

US President Donald Trump said he would hold talks with Britain about the tanker's seizure by Iran's Revolutionary Guards.

"And this only goes to show what I'm saying about Iran: trouble. Nothing but trouble," he told reporters at the White House on Friday.

He again denounced the 2015 deal between Iran and Western powers aimed at curbing Tehran's nuclear ambitions, describing it as a "ridiculous agreement" made by his predecessor Barack Obama.

Trump pulled the United States out of the deal last year and began ratcheting up sanctions against Iran.

British Foreign Secretary Jeremy Hunt said he had spoken to his Iranian counterpart Javad Zarif "and expressed extreme disappointment that having assured me last Sat(urday) Iran wanted to de-escalate situation they have behaved in the opposite way.

"This has to be about actions not words if we are to find a way through. British shipping must and will be protected," he tweeted.

Earlier Saturday, he said Tehran's seizure of the tanker showed "worrying signs Iran may be choosing a dangerous path of illegal and destabilising behaviour".

The incident came hours after a court in the British territory of Gibraltar extended the detention of an Iranian tanker, the Grace 1, seized two weeks ago on allegations of breaching EU sanctions against Syria.

"Our reaction will be considered but robust. We have been trying to find a way to resolve Grace 1 issue but WILL ensure the safety of our shipping," Hunt said on Twitter.

The EU said the seizure was "of deep concern.

"In an already tense situation, this development brings risks of further escalation and undermines ongoing work to find a way to resolve current tensions," said a statement from the EU's foreign affairs office.

"We urge the immediate release of the remaining ship and its crew, and call for restraint to avoid further tensions," it said. "Freedom of navigation must be respected at all times."

The seizure was a "dangerous further aggravation of an already tense situation", a foreign ministry statement said.

France made a similar call, with the foreign ministry saying Iran's action "hampers a necessary de-escalation of tensions in the Gulf region.

"We call on Iranian authorities to quickly release the ship and its crew, and to respect freedom of navigation principles in the Gulf."