Venezuela: Electricity restored in parts of Caracas after 3-day blackout 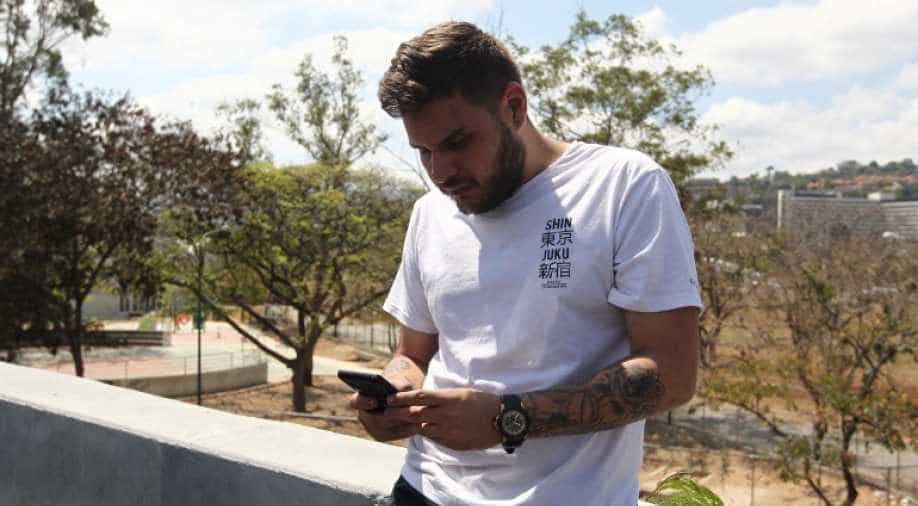 A man checks his mobile phone to see if he has a signal in Caracas, Venezuela, amid an extensive power blackout. Photograph:( Agencia EFE )

Caracas Mayor Erika Farias told Venezuela's Telesur television that electric power has been 'progressively' restored starting early Sunday after the blackout last Thursday - more than 72 hours ago - affected much of the country.

Electrical service once again has been restored in parts of Caracas after the blackout that began last week affecting more than half the country's states, according to reports from local residents.

Caracas Mayor Erika Farias told Venezuela's Telesur television that electric power has been "progressively" restored starting early Sunday after the blackout last Thursday - more than 72 hours ago - affected much of the country.

She said that there could still be "fluctuations" in electric power, as have been registered over the past 48 hours in some parts of Venezuela.

However, in the states of Zulia, Aragua, Carabobo, Tachira and at least 11 more of the country's 23 states, residents are still in the dark.

In the areas still without electricity, local residents have been reporting on the social networks that their food has begun to spoil.

Venezuela on March 7 experienced a power interruption across most of the national territory starting about 5 pm, although since then there have been intermittent restorations - and subsequent losses - of electricity here and there.

"The National Electricity System has been the target of multiple cybernetic attacks that caused it to go down and have hindered attempts (to establish) ... reconnection. However, we're making great efforts to be able, in the coming hours, to restore stable and definite supply," President Nicolas Maduro said on Twitter.

Because of the blackout, the water supply has been affected, although potable water has been in scarce supply for years in Venezuela, while communications are still problematic across much of the national territory, including in Caracas.

Many businesses remain closed and the few that are open are requiring customers to pay in cash, which is in short supply in Venezuela.

Long lines have been reported at some gas stations given that the great majority are not functioning due to the lack of electricity for the pumps, and the state-run PDVSA oil company has called on the public to remain "calm," saying that "supply will continue at all stations."

Although this is the largest and longest power blackout Venezuela has experienced, the country has been having electricity interruptions lasting more than 24 hours for the past five years, especially in the western state of Zulia.