US: Three states vote to reinstate or support death penalty 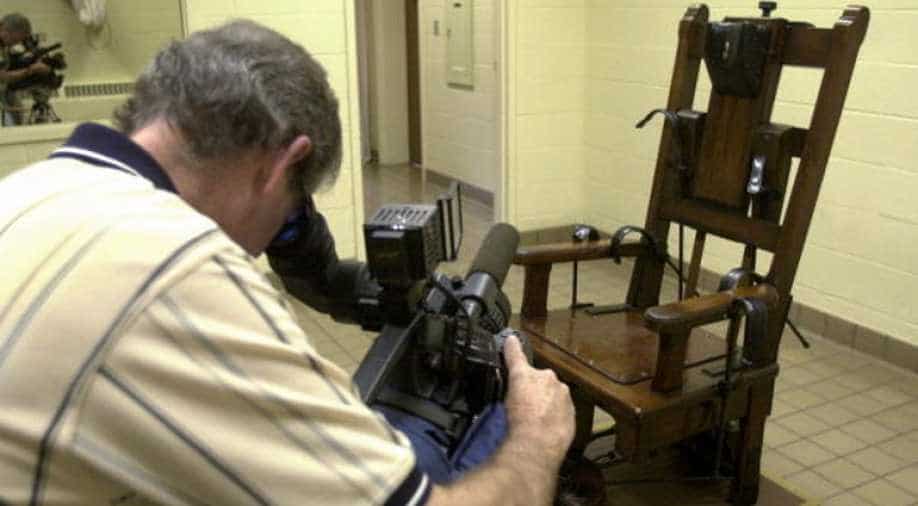 People voted in a referendum on Election Day to support death penalty. In photo: A death chamber in Ohio. Photograph:( Getty )

The measures voted through in Oklahoma, Nebraska and California via referendum are not expected to spark a sharp rise in the number of executions, but activists say they are a step in the wrong direction.

"Those states have chosen a failed, broken policy when they had the chance to move towards a new dawn," said Shari Silberstein, director of the advocacy group Equal Justice USA.

"The death penalty's demise is inevitable. We have a long list of evidence why that`s true," she added.

In 2016, the United States is on course for its lowest number of executions since 1991.

This comes as post-conviction appeals in capital cases tend to become more and more frequent than in other cases, increasing the time and cost before an execution can actually be carried out.

There is also a shortage of the chemicals needed for lethal injections because pharmaceutical firms, mainly those located in Europe where the death penalty has been abolished, refuse to supply them.

The death penalty was not a major issue in the presidential campaign, as neither Trump nor Hillary Clinton opposed it. But in three states of varying political stripes, voters chose to back it.

In Oklahoma, the death penalty was legal, but it faced mounting challenges in court over the lethal injection materials used, with lawyers for inmates charging that they cause undue suffering -- a violation of the Eighth Amendment, which bans "cruel and unusual punishment."

Besides voting 65 per cent in favor of Trump, voters in this conservative Midwestern state made clear they are tired of executions being delayed.

They voted two to one for a measure enshrining the death penalty in the state constitution -- a clause designed to counter possible judicial appeals from defense lawyers of death row inmates.

The new law in Oklahoma also allows the authorities to choose "any method of execution not prohibited by the United States Constitution."

Authorities in Oklahoma now hope to be able to use nitrogen asphyxiation.

Nebraska, a bit further to the north and also strongly Republican, reinstated the death penalty by a vote of 61 per cent in favor. The referendum rescinds a law banning the death penalty that the state legislature passed last year.

But this Great Plains state, where the last execution was carried out in 1997, will likely run into a shortage of lethal chemicals. This problem affects nearly all of the 31 US states that allow the death penalty.

Prejean urged those against capital punishment not to be discouraged by the Election Day setbacks, the third of which came in California, where voters faced a radical choice.

Californians had to vote on two contradictory measures. One aimed to ban capital punishment; that was rejected by 54 per cent of voters. The other aimed to speed up the procedure and limit prospects for appeal; it passed.

California has not executed anyone for a decade, but it has the most crowded death row of any US state, at 741 inmates.

Executions are now on hold in the Golden State because of lawsuits challenging the constitutionality of the lethal injection method.