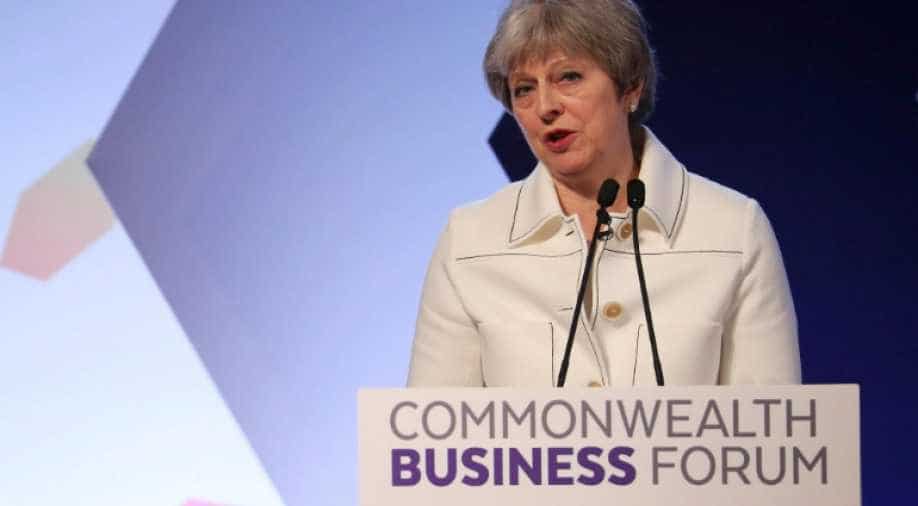 British Prime Minister Theresa May promised her ministers Tuesday she would not strike a Brexit deal with the EU "at any cost" after opposition over a mooted plan to resolve the deadlock over Northern Ireland.

Negotiations have stepped up with Brussels as London seeks a divorce agreement within weeks, to allow time for it to be passed by parliament before Brexit day on March 29, 2019.

But British eurosceptics fear May is planning to break the impasse by giving too much ground on an arrangement to avoid border checks between British Northern Ireland and EU member Ireland.

The Northern Irish party on whom May depends for her majority in the House of Commons warned that unless the EU offered further concessions, Britain could leave with no deal at all.

At a weekly cabinet meeting, May told ministers she expected an agreement and wanted it as soon as possible, but it would "not be done at any cost", according to her spokesman.

"We will need to be satisfied in the negotiations that we have achieved the best deal that we possibly can for the UK," he added.

Talks with the EU are stuck on the details of a "backstop" arrangement to avoid checks on goods crossing the Irish border until a new trade deal can be signed.

London suggests Britain could temporarily stay aligned with  the bloc's trade rules but wants to reserve the right to exit the arrangement.

There were signs of a possible compromise in a phone call on Monday between May and Irish Prime Minister Leo Varadkar, where he said he would consider a "review mechanism" for the backstop.

But he rejected the idea Britain could unilaterally end the arrangement, something Brexit Secretary Dominic Raab and other eurosceptics in her Conservative party want.

"Looks like we're heading for no deal," he wrote on Twitter, adding: "Can't understand why Irish government seems so intent on this course."

The Sun newspaper reported Tuesday that Raab and Foreign Secretary Jeremy Hunt would use the cabinet meeting to warn that any deal with the EU that traps Britain within the bloc's orbit would never be approved by MPs.

May's spokesman said ministers agreed on the need for an "effective mechanism" within the backstop to ensure "that the UK cannot be held in the arrangement indefinitely".

Work is continuing on this, he said, adding: "Don't be under any illusions that there remains a significant amount of work to do."

Several government sources have indicated they would like to see a deal before the end of November, although one official admitted Tuesday this was now a "stretch".