UK's May seeks to rally party as Brexit pressures mount 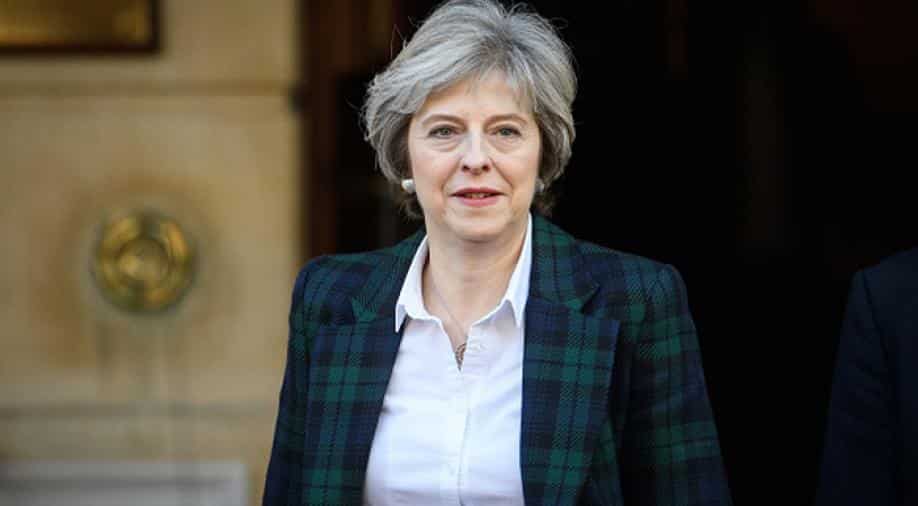 Her address at the ruling Conservative Party's annual gathering comes with May buffeted from all directions and Europeans increasingly anxious that the two sides are heading for a messy divorce.

Prime Minister Theresa May will seek Wednesday to rally her splintered party behind her with just six months to go until Britain leaves the European Union and negotiations in a state of disarray.

Her address at the ruling Conservative Party's annual gathering comes with May buffeted from all directions and Europeans increasingly anxious that the two sides are heading for a messy divorce.

The potentially calamitous impact a no-deal Brexit would have on trade prompted France's budget minister to admit on Tuesday that Paris was preparing "for the worst".

But May's immediate concerns will be to regain the confidence of her party and present a semblance of a united front in crucial negotiations with Brussels over the next two weeks.

"I passionately believe that our best days lie ahead of us and that our future is full of promise," May said in pre-released extracts of her speech.

Eurosceptic MPs led by former foreign minister Boris Johnson have held a string of packed fringe meetings to argue against May's proposal for Britain to follow EU trade rules on goods after it leaves.

Johnson and others say such a close partnership would still see Britain follow EU rules and ignore the wishes of voters who backed the Brexit referendum in 2016.

The EU instead argues that May is asking for too much -- "cherry-picking" the benefits a union brings to trade while still leaving the bloc.

May argues her proposal is the only way to protect jobs and cross-border trade while also avoiding physical checks on Britain's land border with EU member Ireland.

She has however promised new proposals on a plan B -- a backstop -- to keep the frontier open if and until the new trade deal could be agreed with the EU.

Speculation is growing that London may accept some checks on goods passing between British-ruled Northern Ireland and the rest of Britain.

These are meant to avoid them on the border between Northern Ireland and Ireland itself -- something all sides want to avoid.

"NO border in the Irish Sea will ever be acceptable to unionists throughout the UK... regulatory or otherwise," DUP leader Arlene Foster tweeted after meeting May on Tuesday.

May's party depends on Foster's small party for its majority in the House of Commons. MPs must approve any final Brexit deal.

A rebellion by the DUP -- or indeed by even a small number of Conservative MPs -- could be enough to kill any arrangement May reaches with the EU.

Foster seemed to leave some room for compromise by telling the BBC on Wednesday that she did not want to vote against May's government.

"What is important is to make sure that whatever is agreed doesn't damage Northern Ireland in terms of its economy," Foster said.

May's hold on power has been fragile since last year's disastrous snap election when the Conservatives lost their Commons majority.

Barely a month has gone by when there is not speculation of a plot against her, much of it focused around Johnson, a leading Brexit campaigner and former mayor of London.

He told a 1,500-strong crowd on Tuesday that May's trade plan was "dangerous", saying it undermined the hopes of Brexit voters.

Johnson's speech also ranged from health to housing and crime, in what was widely viewed as a pitch for his party's leadership.

But May has surprised many observers by surviving this far, and many delegates at the conference -- whatever their feelings on Brexit -- are wary of a change at the top now.