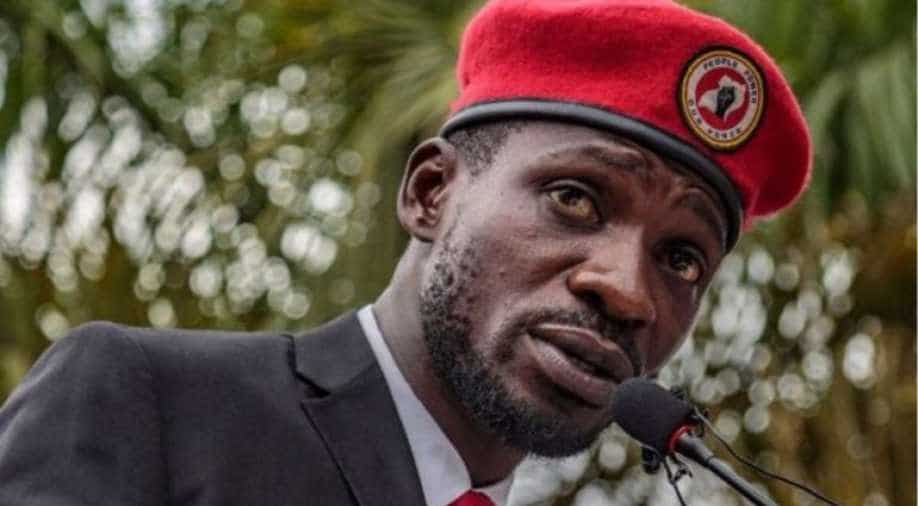 The former popstar-turned-politician has been under effective house arrest guarded by soldiers and police, since he cast his ballot in last Thursday's presidential election

Uganda's government spokesman on Tuesday accused the US ambassador of breaching diplomatic norms and engaging in "mischief" over her attempt to visit opposition leader Bobi Wine, who is confined to his home.

The former popstar-turned-politician has been under effective house arrest guarded by soldiers and police, since he cast his ballot in last Thursday's presidential election, which he said was riddled with fraud.

US Ambassador Natalie Brown on Monday tried to meet with Wine — whose real name is Robert Kyagulanyi — and was met with a line of police officers clad in riot gear who turned her away.

Also read| Ugandans are voting. Will their president of 35 years win again?

"The purpose of Ambassador Brown's visit was to check on Mr. Kyagulanyi's health and safety, given that he’s effectively been unable to leave his home, with security forces surrounding his residence," read a statement posted on the US Embassy’s Facebook page on Monday.

Wine, 38, came second in the presidential election, which returned Yoweri Museveni to power for a sixth term, and has said he is cut off from his lawyers and party as the days tick by for him to challenge the vote in the courts.

Government spokesman Ofwono Opondo said the attempt by Brown, who took up her post during Uganda's fraught election campaign, was a sign "that she is up to mischief".

"We expect her to write to the Ministry of Foreign Affairs and to adhere to diplomatic norms. We don't think that a friendly country or someone who wants to help out in a difficult situation would act in this way," he told AFP.

"It is the arrogance of the Americans, who think they rule the world."

The embassy of the United States said Uganda's election campaign had been "marred by the harassment of opposition candidates, campaign staff, and supporters; suppression of the media and civil society organization activities; and a nationwide internet shutdown before, during, and after voting day."

"These unlawful actions and the effective house arrest of a presidential candidate continue a worrying trend on the course of Uganda's democracy."

Asked if Wine was under house arrest, Opondo said he is "under the protection of the Uganda government" because he is the "target of many forces".

"It's in the interest of the Government of Uganda for him (Wine) not to be harmed in any way."