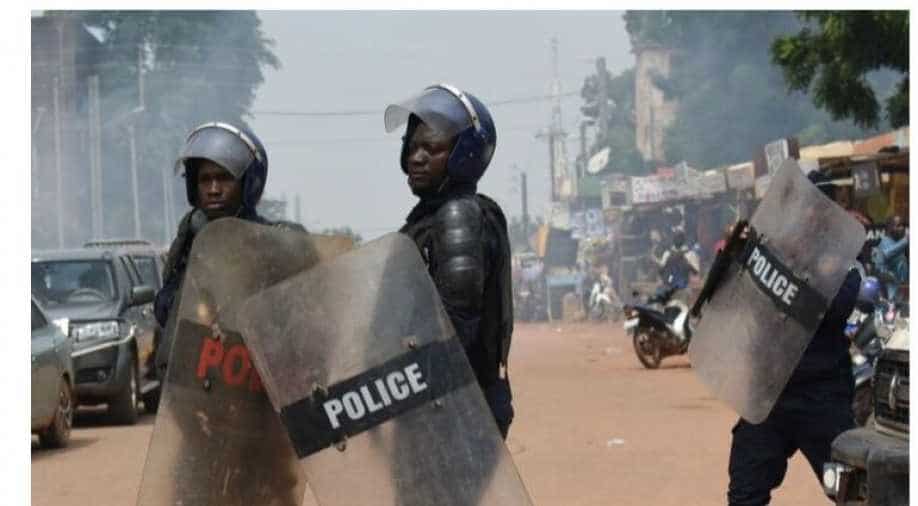 Gunmen have killed 24 people and wounded 18 in an attack on a Protestant church in a village in northern Burkina Faso, officials said Monday.

In a separate incident, five Burkinabe soldiers in the troubled region were killed by a roadside, security sources said.

A group of "armed terrorists" raided the village of Pansi, in Yagha province "and attacked the peaceful local population after having identified them and separated them from non-residents", the governor, Colonel Salfo Kabore, said in a statement sent to AFP.

The assault occurred on Sunday during a weekly service at a Protestant church, security officials said.

"The provisional toll is 24 killed, including the pastor... 18 wounded and individuals who were kidnapped," Kabore said.

A resident of the nearby town of Sebba said Pansi villagers had fled there for safety.

Christians and churches in northern provinces have become frequent targets by armed Islamists.

On February 10, suspected jihadists in Sebba seized seven people at the home of a pastor. Five bodies were found three days later, including the pastor, according to the local governor.

One of the poorest countries in the world, Burkina Faso is on the front line of a jihadist insurgency advancing in the Sahel.

Also in the north of the country, five soldiers were killed on Sunday when their vehicle struck an improvised explosive device near Banh, in Loroum province, security sources said.

"Three of the five were killed instantly and the two others died later from serious injuries," one of the sources said.

Thirty people in Burkina Faso have died in four attacks by highway bombs since the start of the year, according to an AFP toll.

They include seven schoolchildren in the northwest of the country who were among 14 killed aboard a bus that had taken a road that had been banned because of the security risk.

Their armed forces are weak, struggling with poor equipment and lack of training and funding.

In Niger, a policeman was killed on Sunday at a police post near Ayorou, in the western region of Tillaberi, in the second attack in the area in a week, a security official said.